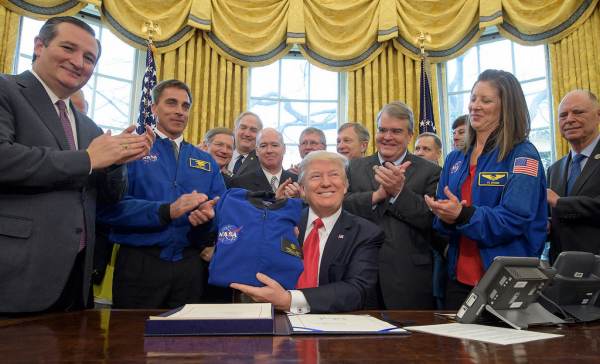 Bloomberg reports President Trump directed NASA to send American astronauts back to the moon and eventually even Mars!

Notably, NASA – under Obama – was focused only on Earth science and not outer space. President Trump’s directive switches the agency’s mission, casting their gazes to the horizons. On Monday, Trump said of the changes:

(First reported by Jon Hall and published by the GateWay Pundit)  http://www.thegatewaypundit.com/2017/12/president-trump-directs-nasa-send-astronauts-back-moon-mars/  (December 11, 20170)