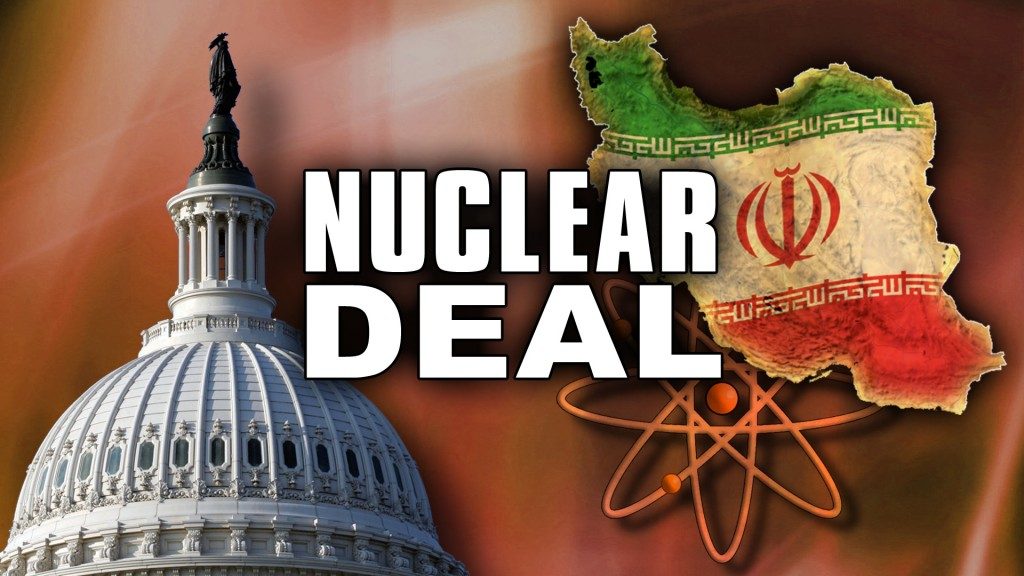 A prominent Washington, D.C. think-tank funded by a who’s who of organizations that played a key role in misleading the American public about the nature of the landmark Iran nuclear deal will hold a massive forum aimed at preserving the accord, a sign that the so-called pro-Iran deal “echo chamber” is scrambling to save a deal President Donald Trump could kill in the coming weeks.

The Center for a New American Security, or CNAS, will hold a forum on Tuesday titled, “Consequences of a Collapse of the Iran Nuclear Deal,” which will feature a plethora of prominent speakers advocating in favor of preserving the deal, including former senior Obama administration official, Colin Kahl, a chief proponent of the agreement.

The CNAS forum comes as the Trump administration inches closer to formally designating Iran as in violation of the deal due to its continued nuclear endeavors, arms buildup, and repeated test firing of ballistic missiles, among other activities.

CNAS played a key-role in what the Obama White House called its pro-Iran deal “echo chamber,” a network of organizations and senior U.S. officials who publicly championed the deal and helped mislead the American people and Congress about the nature of the agreement.

CNAS is funded by several high-profile organizations and entities that have sought to benefit from the deal and ensure that it continues to be upheld by the Trump administration.

This includes the Alexander Soros Foundation, a liberal group headed by the son of liberal billionaire George Soros; Boeing, the American airline manufacturer that stands to make billions selling Iran a fleet of new airplanes; and the Ploughshares Fund, a seed group that played a chief role in pushing the Iran deal and funding a network of organization, such as CNAS, that promoted it.

The organizations stand to benefit from the deal remaining in place.

Boeing, for instance, is locked in a multi-billion dollar effort to sell Iran a fleet of new airplanes, which many suspect will be used to ferry weapons and militants across the region.

Iran has a history of using commercial flight to carry out military operations. The Washington Free Beacon reported earlier this year that Iran was using its state-controlled commercial airliner, Iran Air, to ferry militants into Syria. This is the same airline Boeing is currently trying to do business with.

Ploughshares, which played a key role in providing the Obama administration with public relations cover as it negotiated the deal, has been one of the nuclear agreement’s chief supporters.

Ploughshares, which was cited by White House officials as a chief architect of the Obama administration’s campaign to push the Iran deal, requested the cash from George Soros’s Open Society Foundations so that it could pay off “experts and validators” of the administration’s diplomacy with Iran, according to a funding proposal titled, “Defending Iran Nuclear Diplomacy.”

This request, which the Free Beacon reported on in August 2016, was leaked online as part of a mass document disclosure showing Soros’s political activity.

Sources who spoke to the Free Beacon about the CNAS event said that these Iran validators are operating on life support and struggling to find public ways to apply pressure to the Trump administration.

“The Obama administration knew what it was doing when it put that billion-dollar sweetheart deal for Boeing in the Iran deal,” said one veteran Iran expert who works closely with Congress on Iran sanctions and the Boeing issue. “They bought themselves one of the most powerful lobbies in America, which would keep advocating for the Iran deal long after the Obama administration ended.”

“And it worked,” the source said. “Iran is developing ballistic missiles, mocking Trump and Congress, threatening to destroy Israel, and fighting for Assad—but Boeing keeps right on funding events to save the deal and lobbying.”

It is expected that Trump will decide in the coming weeks to stop certifying Iran as in compliance with the deal, a move that will force Congress to consider new sanctions and penalties against Tehran.

“I think he has made a policy of being unpredictable, and now he’s turning that into being unreliable as well,” Zarif said in an interview. “My assumption and guess is that he will not certify and then will allow Congress to take the decision.”

Sen. Bob Corker (R., Tenn.), chair of the Senate’s Foreign Relations Committee, hinted on Sunday that he expects Trump to decertify the deal.

“We’re going to be playing a lead role in Iran here in a few weeks,” Corker told NBC’s Chuck Todd during Sunday’s broadcast of “Meet the Press.”

A second congressional adviser who works closely with Congress on the Iran portfolio said the upcoming CNAS event points to a potential conflict of interest, given that the organization is funded by several chief validators of the deal.

“It raises questions that CNAS is hosting the Iran echo chamber for a discussion on maintaining this deal at the same time one of its major funders is selling nearly $20 billion worth of aircraft to Iranian carriers—some of whom are believed to be involved in propping up the Assad regime via the transfer of weapons and fighters to Syria,” the source said. “One would hope this conflict of interest will be made clear to participants.”