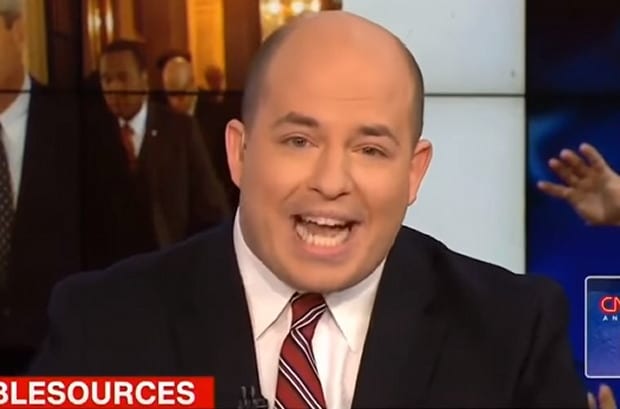 This is classic. CNN pretends to be down the middle while they are actually far left. They spend every waking moment attacking the Trump administration. Then they turn around and attack the one network that isn’t also attacking Trump every minute if every day – FOX News.

Brian Stelter went off today in a classic case of projection. Mediaite reports:

CNN’s Stelter Goes Off on ‘Friends of Trump’ at Fox News: ‘Talking Like Propagandists’

CNN’s Brian Stelter opened this morning talking about Fox News’ coverage of the Robert Mueller probe in the last week and how the anti-FBI rhetoric has been seriously ratcheted up.