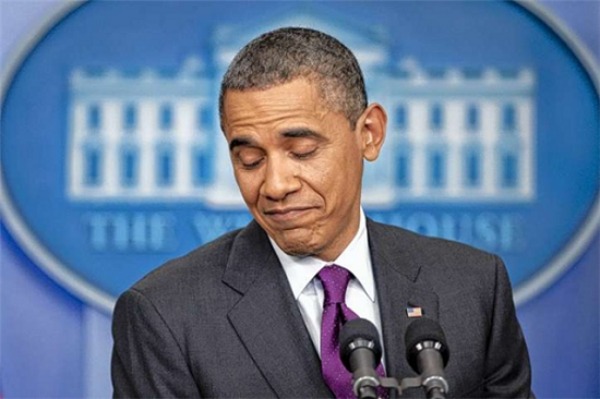 President Trump’s Immigration and Customs Enforcement team has been rounding up illegal immigrants all over the country and sending them packing, demanding they reenter the United States the right way. They are deporting about 16,900 people per month. Furthermore, fewer people are trying to illegally enter the U.S. and immigration arrests under Trump have skyrocketed, up by 38 percent more than this time last year.

Believe it or not, this rate is actually slower than the one held during the Obama administration. A Politico report from earlier this month even showed that deportations under Obama are actually outpacing Trump’s so far. In 2012, for instance, ICE removed 34,000 people per month.

Yet, Obama wasn’t completely interested in the rule of law, it seems. In a new study from the Center for Immigration Studies, we find that hundreds of thousands of deportation cases were swept under the rug under his watch.

In the report for the Center for Immigration Studies, former immigration judge Andrew R. Arthur said that there are some 100,000 cases that were closed, but told Secrets that it could be as high as 200,000.

The judge doesn’t believe this to be an issue in the near future.

“The good news is that the Trump administration has reversed the practice of administrative closure of cases that are not a priority, and has effectively eliminated prioritization as well, returning ‘prosecutorial discretion’ to its proper role as a law-enforcement tool to be used on a case-by-case basis, not a blanket abdication of authority,” he wrote in the report titled, “The Immigration Court Backlog Is Larger than We Know.”