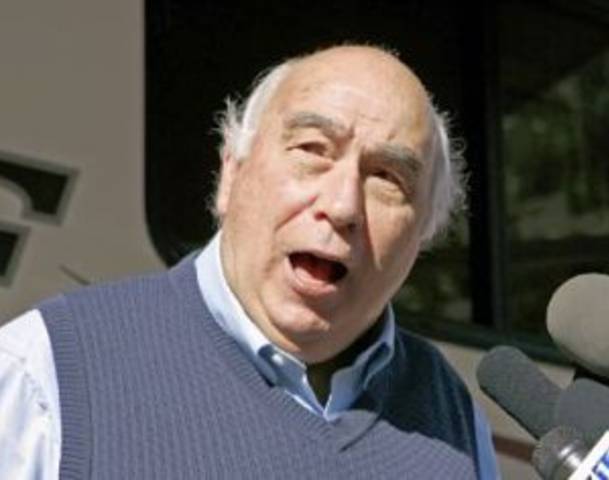 The late-night comedian aired a pointed segment about miner safety—and predicted the lawsuit that has just been lodged against him.

A Republican coal baron is suing John Oliver, HBO, Time Warner, and the writers for Oliver’s show over the most recent episode of Last Week Tonight.

The suit, filed on June 21 in the circuit court of Marshall County, West Virginia, holds that Oliver and his team “executed a meticulously planned attempt to assassinate the character of and reputation of Mr. Robert E. Murray and his companies” by airing an episode that ripped into him. Murray runs the country’s largest privately owned coal company, Murray Energy Corporation.

“They did this to a man who needs a lung transplant, a man who does not expect to live to see the end of this case,” reads the complaint, which also lists Murray’s companies as plaintiffs.

The lawsuit isn’t a surprise to Oliver. In fact, the British comic said on the episode of his show that aired on June 18 that he expected it, noting that Murray has sued several other media outlets in the past (including, in May, the New York Times). In the episode, Oliver criticized Murray’s business practices, saying he doesn’t do enough to protect his miners’ safety. Oliver also noted that his team contacted Murray’s company before the episode aired, and that the company sent a cease-and-desist letter––the first time that had ever happened to his show.

Parts of the complaint read like it had been written by President Donald Trump. One paragraph says Murray “has built a strong reputation as one of the as one of the staunchest defenders and most ardent champions of the United States coal industry and America itself.” The complaint also claims that “[d]efendants’ broadcasts have vigorously supported and advanced Mrs. Clinton’s agenda.”

The complaint says Murray directed Oliver’s team to studies supporting that argument—and that he deliberately ignored them.

“Because Defendant Oliver omitted any mention of the other reports he was aware of that evidenced that an earthquake caused the collapse, as Mr. Murray correctly stated following the collapse, Defendant Oliver’s presentation intentionally and falsely implied that there is no such evidence,” the complaint said.

Ever since Hulk Hogan (with an assist from Peter Thiel) sued Gawker into bankruptcy, high-profile lawsuits against media outlets tend to generate significant jitters. But Ken White, a First Amendment litigator at Brown White & Osborn LLP in Los Angeles, told The Daily Beast HBO and Oliver don’t have much to worry about.

“Overall I’d say it appears frivolous and vexatious,” he said. “Any core of merit is buried in nonsense.”

“It does arguably cite one or two statements (like the bit about earthquakes) that could possibly be defamatory, since they involve fact,” he said. “But for the most part the section describing the purportedly false statements is rambling and semi-coherent, mixing fact with opinion and insult.”

White said HBO’s lawyers will likely try to get the suit moved to federal court—especially given that West Virginia coal country state courts are unlikely to sympathize with sardonic New Yorkers.

“It looks like the Plaintiffs tried to craft the complaint to avoid federal court, but they probably won’t succeed,” he added.

A spokesperson for HBO, who hadn’t yet seen the full complaint, told The Daily Beast the company is confident nothing in the episode violated Murray’s rights.

“While we have not seen the complaint, we have confidence in the staff of Last Week Tonight and do not believe anything in the show this week violated Mr. Murray’s or Murray Energy’s rights,” a spokesperson said.

And Oliver is unlikely to lose sleep over the suit. As the episode ended, a person in a squirrel costume came onstage—a reference to a rumor that Murray started the coal company because a squirrel told him to—and held up an oversized check.

“Hey Bob, just wanted to say, if you plan on suing, I do not have a billion dollars,” the person in the squirrel suit said. “But I do have a check for three acorns and eighteen cents.”