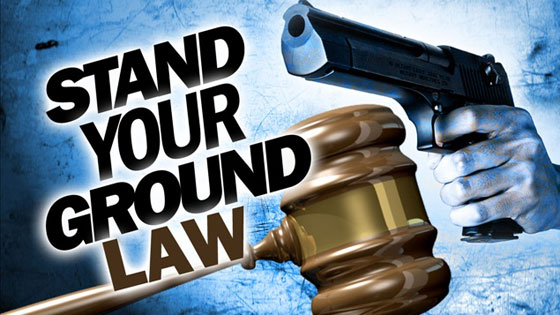 Concealed carry permit holders in Ohio may be receiving new legal protections for when they’re forced to use their firearms in self-defense.

On Tuesday, Republican State Senators Jay Hottinger and Joe Uecker introduced Senate Bill 180, which would establish stand-your-ground in the state.

“We want to eliminate your duty to retreat when you are under threat of violent attack,” Sen. Hottinger said while introducing the bill. “It’s difficult to defend yourself when you are running away or your back is turned.”

“If someone is attacking you and you are forced to defend your life, you are better off to stand your ground or advance on the other person than you are to retreat,” he tells The Columbus Dispatch.

Those opposed to the legislation include the Ohio Prosecuting Attorneys Association and the Fraternal Order of Police (FOP) of Ohio.

“We think a person who has a safe way of avoiding a confrontation should take advantage of that rather than just stand there and blast away,” John Murphy, executive director of the prosecutors group, tells The Columbus Dispatch.

Michael Weinman, the governmental affairs director for the FOP, adds that, “Even officers have a duty to de-escalate the situation before it gets to the point of using deadly force.”

SB 180 does more than establish stand-your-ground, it also places the burden of proof on the prosecutor in these types of self-defense cases.

According to Sen. Uecker, Ohio is the only state in which the burden of proof lies on the defendant.

“The sad reality is that in cases of self-defense, law-abiding Ohioans are guilty until proven innocent,” Sen. Uecker notes in a press release. “Only compounding the anxieties of such a life-or-death situation is the obligation to prove your own innocence if, God-forbid, you are forced to use a firearm to defend yourself or your family.”

The bill will soon be refereed to a Senate standing committee for further consideration.