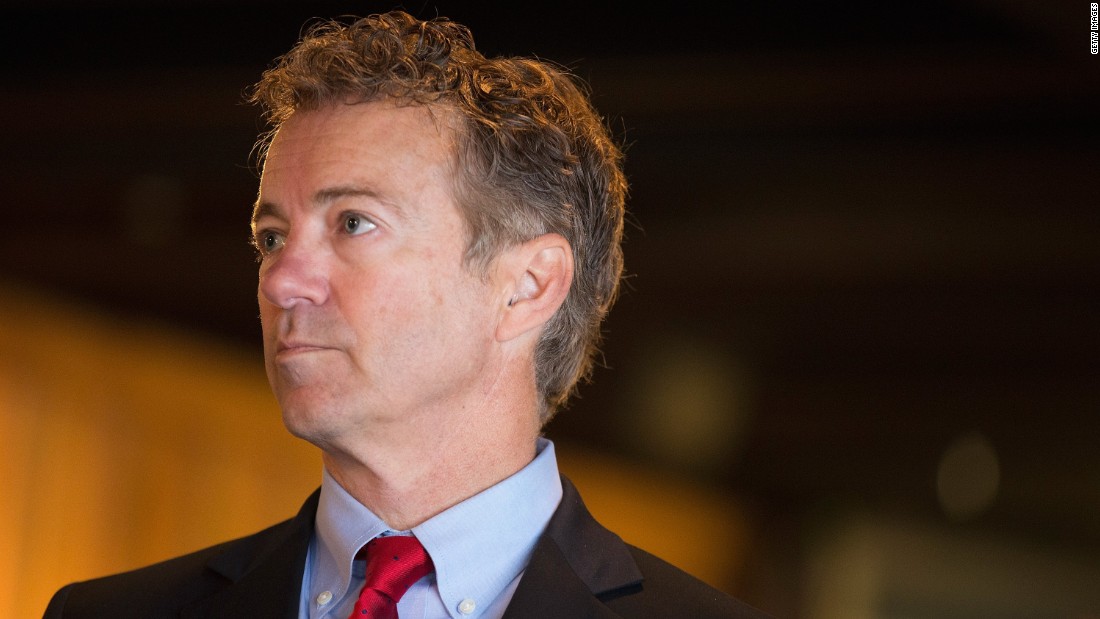 Senator Rand Paul (R-Ky.) explained his opposition to an upcoming vote to repeal Obamacare, saying that it would keep the program’s subsidies and taxes in place and merely redistribute them.

What is Rand Paul’s main objection to the latest GOP “repeal” bill?

Paul says the bill does not really repeal Obamacare because it keeps the vast majority of subsidies and taxes in place, and merely “reshuffles” where the money goes.

“You know as a doctor, I don’t think there’s anybody in America who probably hates Obamacare and thinks it’s a disaster for us more than I do,” he explained Monday to Martha MacCallum.

“But this isn’t repeal,” he added, “you heard it in a clip from Senator Graham (R-S.C.), this keeps the Obamacare spending, keeps well over 90% of the spending and the taxes, and then what it does is reshuffles the money, and it takes from Democrat states and gives it to Republican states.”

“I think what it’s end up looking, once people look at this bill, like a petty partisan bill that doesn’t really fix the problem because really what we’re doing is, or what they want to do, is reshuffle the money,” he continued, “redistribute it from Republican to Democrat states, but basically keep all the Obamacare money and taxes in place, that’s not repeal.”

What is Rand Paul’s alternative?

“I would say there is other good news – I spoke with the president this afternoon and we talked about something I’ve been working on for six months. This is called health care associations, where individuals could join across state lines to form groups or associations to get leverage on cheaper prices.”

“Under my plan which would cost zero federal dollars, we would allow them to come together as a group and buy insurance altogether in one group, they would get the leverage of lower prices, they would be protected against pre-existing conditions. The president’s gonna do it next week or the week after, it’s coming very soon, and I’ve been working very hard on that. And I think that’s part of the fix, and it wouldn’t be a trillion dollar federal program like the Graham-Cassidy disaster.”

What do other Republicans say about the Graham-Cassidy bill?

House Majority Speaker Paul Ryan (R-Wisc.) told reporters Monday that he would quickly put the bill up to a vote in the House of Representatives if passed in the Senate. He called it “our best, last chance to get repeal and replace done,” and added that it was “a far greater improvement over the status quo.”

Senator Lindsey Graham, who is sponsoring the bill, highlighted the block granting of Obamacare funds to the states. “If you walk away, and you give up,” he warned on Fox News, “we’ll never get over this.”

Does the GOP have enough votes to pass the Graham-Cassidy bill?

With Rand Paul’s vote a definite “no,” and other Republican senators like McCain (Ariz.) Lisa Murkowski (Alaska) and Susan Collins of Maine unsure of their vote, the future of the bill remains uncertain. The GOP would have to enlist the aid of centrist Democrats to push the vote over the top just ahead of the September 30th deadline.

(First reported by The Blaze)http://www.theblaze.com/news/2017/09/19/republicans-want-a-last-vote-to-repeal-obamacare-heres-why-rand-paul-opposes-it   (September 19, 2017)