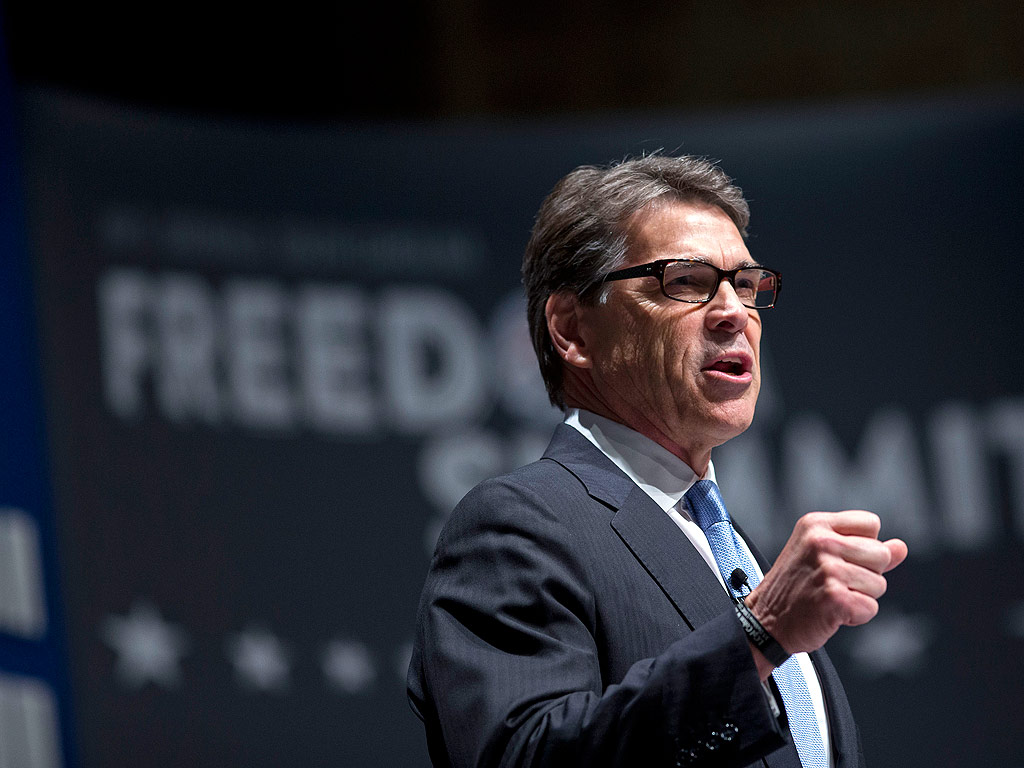 “The previous administration talked about energy independence, but wouldn’t drill and transport. It was all talk,” @SecretaryPerry says.

“We are very close to being energy independent,” Perry told The Daily Signal in a brief interview. “Regarding our ability to retrieve energy, we don’t need anybody. Transportation may be our biggest impediment.”

The United States is a net energy exporter, the former Texas governor noted, but an old law and the Obama administration’s preference for some energy industries over others prevented the nation from being as strong as necessary.

The 1920 Jones Act requires that vessels carrying fuel or other goods in U.S. waters between U.S. ports must be built, registered, owned, and crewed by American citizens.

Because it costs more to build and operate ships in the U.S. than in other countries, it can cost as much as three times more to ship oil from the Gulf of Mexico to New England states than it would cost to ship the same amount of oil from Florida to Europe, according to an analysis last month from the American Enterprise Institute.

The Obama administration’s preference for green industries such as solar and wind was not the “all of the above” strategy the Trump administration prefers, Perry told The Daily Signal on June 30:

The previous administration talked about energy independence, but they wouldn’t drill and transport. It was all talk. They had a clear message to industries such as fossil fuels and nuclear. We [in the Trump administration] are all of the above. We are not here to pick winners and losers. The market can pick winners and losers.
President Donald Trump delivered an address June 29 at the Energy Department in which he declared the U.S. was on a path to “energy dominance.”

It has been up to the Energy Department to approve those exports based on whether they are in the national interest.

“If a company meets the rules and standards, we’ll say, ‘Here’s the permit,’” Perry said in the interview.

He told The Daily Signal the way to do that would be showing government isn’t hostile:

Somehow, it’s not been in the forefront of our energy portfolio, and our supply chain of future nuclear scientists [is] not being developed. We want to get them back, with the acknowledgement they will have the support of their government.

That support won’t come through subsidies, as with green energy projects under President Barack Obama, but a priority for national laboratories to test new nuclear technology, Perry said.

Perry cited NuScale Power in Idaho, which is working on a “modular” nuclear reactor, a smaller factory-built model that eliminates many risks of installing and reduces construction costs. Some of the modular reactors could be used to power a single manufacturing facility.

Before Trump announced a review of the nation’s nuclear policy last week, media reports raised questions about whether the administration would support NuScale with tax dollars.

Overall, Trump’s fiscal 2018 budget proposal would cut the Energy Department’s nuclear energy office by 31 percent, affecting grants to research, including those that have gone to projects such as NuScale’s, The Washington Post reported.

It also will create U.S. jobs and boost the economies of allies buying the affordable energy.

The man who was governor of Texas for 14 years rejects what he calls a “false narrative” that the U.S. can’t tap its natural resources while protecting the environment.

Texas led the nation in emission reductions during his time as governor, Perry said. Carbon emissions went down by 20 percent, sulfur dioxide emissions declined by 50 percent, and nitrogen oxide dropped by 60 percent.

“We will not have to rely on countries that may or may not like us,” Perry told The Daily Signal. “It also would be good for our allies who will know they don’t have to rely on Russian gas. For Poland and Ukraine, and for that matter the United Kingdom, it would be good to know you’re getting energy resources from an ally.”