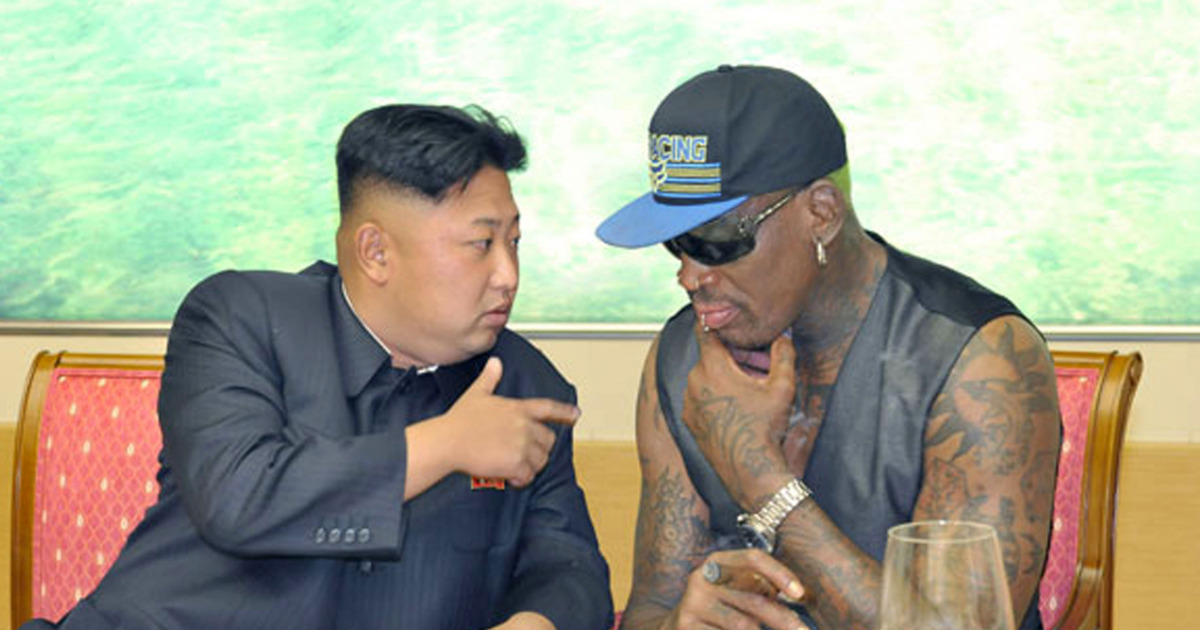 Rodman, who has gone to North Korea several times as a sports ambassador and spent a lot of time with Kim Jong Un, told a British television show he might be able to help.

“For me to go over there and see (Kim) as much as I have, I basically hang out with him all the time. We laugh, we sing karaoke, we do a lot of cool things together. We ride horses, we hang out, we go skiing, we hardly ever talk politics and that’s the good thing,” Rodman said, Reuters reports.

Rodman cautioned he wasn’t trying to defend the dictator’s provocations.

“I don’t love (Kim). I just want to try to straighten things out for everyone to get along together,” he said.

Rodman was last in Pyongyang in June when he met with North Korean Sports Minister Kim Il Guk.

During a gift giving ceremony Kim Il Guk told Rodman they considered him an “old friend.”

“In the past, our respected supreme leader met you several times, and he used his precious time to watch the basketball match with the players you brought here. In the past he met you, so our people all know you well. And also we feel that you are an old friend,” Kim Il-guk said.

Rodman presented a copy of President Trump’s “Art of the Deal” during that trip, along with other gifts.

The NBA Hall-of-Famer’s comments come after North Korea tested what they claim was a hydrogen bomb that could be mounted to an intercontinental ballistic missile. Nuclear weapons experts estimated the weapon was seven times more powerful than the bomb the United States dropped on Hiroshima, Japan in 1945.