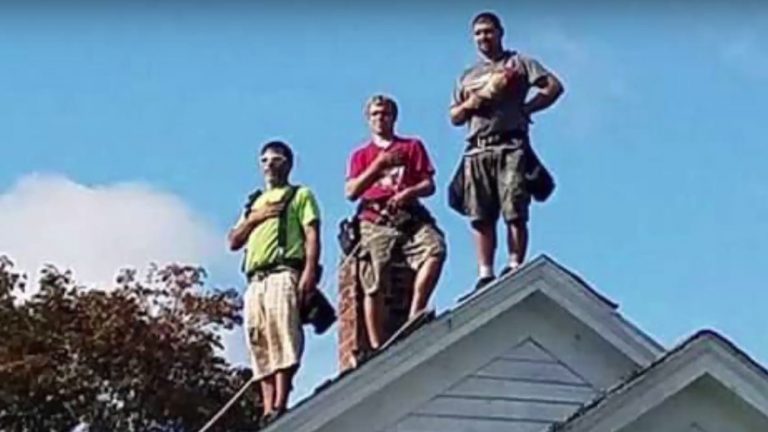 A photo of three roofers on top of a house in Maine is going viral because of how they reacted after hearing the national anthem at a nearby high school football game, WMTW-TV reported.Hint: They didn’t take a knee.

Instead the trio of laborers placed their hands over their hearts and stood as “The Star-Spangled Banner” was played at Waterville High School’s game against Old Town on Saturday, the station said. The field was close enough to their work site that they could hear the anthem, WMTW added.

“When I looked over the fence, I saw them standing and respecting the flag even though they didn’t have to,” Michelle Lyons Cossar, who snapped a photo, told the station. “I just thought the world could use a little more of that right now.”

Shanon Gurski Dixon added to WMTW that the roofers “had no idea anyone even noticed, but our community did. Several people had taken pictures of this patriotic act of kindness.”

The roofers work for a company in Oakland but were on an independent job Saturday, Dixon told the station.

“Our little city would love to have them recognized,” she said to WMTW.