BIRMINGHAM, Alabama — Deborah Wesson Gibson, the woman who alleges that she engaged in a legal and consensual but inappropriate relationship with Republican senatorial candidate Roy Moore, has boasted about doing work for Vice President Joe Biden and other Democrats.

One posting on Gibson’s Facebook page also appears to show her doing work for Hillary Clinton: 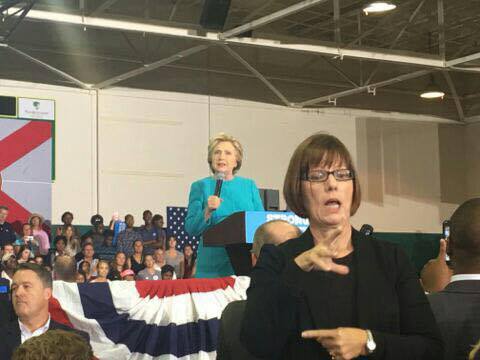 Reached by Breitbart News, Gibson said that she has no comment on the work she did for Democrats.

Gibson was one of three women quoted in the Washington Post claiming that Moore pursued and or dated them when they were between the ages of 16 and 18 and he was in his early 30s.  The age of consent in Alabama is 16. The fourth woman claims that when she was 14, Moore engaged in sex acts with her.

Gibson said that in the spring of 1981, when she was 17, she openly dated Moore for two or three months with her mother’s knowledge and approval.  She says that physical activity progressed to a kiss once in his bedroom and a second kiss at a local country club.

A picture on Gibson’s Facebook page shows her with Vice President Joe Biden and says that she did work for him in 2012.  One older version of that image is still on her page while another more recent posting of that same image came in response to a posting from the official Facebook page of Moore’s opponent, Doug Jones. That second posting was removed from Gibson’s Facebook page but is cached below. 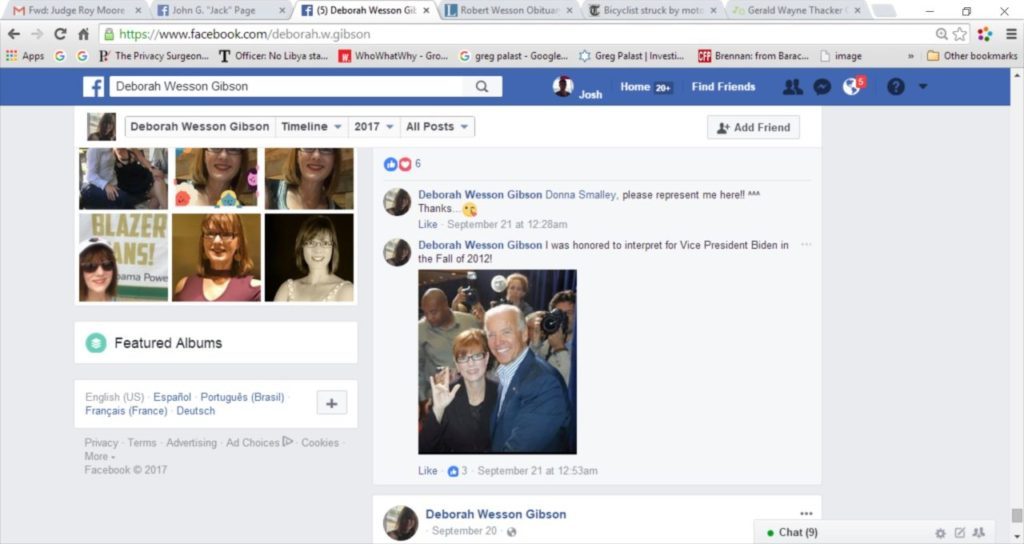 In the posting about Biden, Gibson wrote that she was “honored to interpret for Vice President Biden in the Fall of 2012!”

Gibson owns Signs of Excellence, LLC, a sign language interpretation company that advertises it is based in Florida and Alabama.

The image of her with Biden is touted prominently on the webpage for her firm.

Signs of Excellence says the company provides “interpreting services to Deaf, hard-of-hearing, Deaf-Blind and hearing clients. … We are your source for all sign language interpreting needs.”