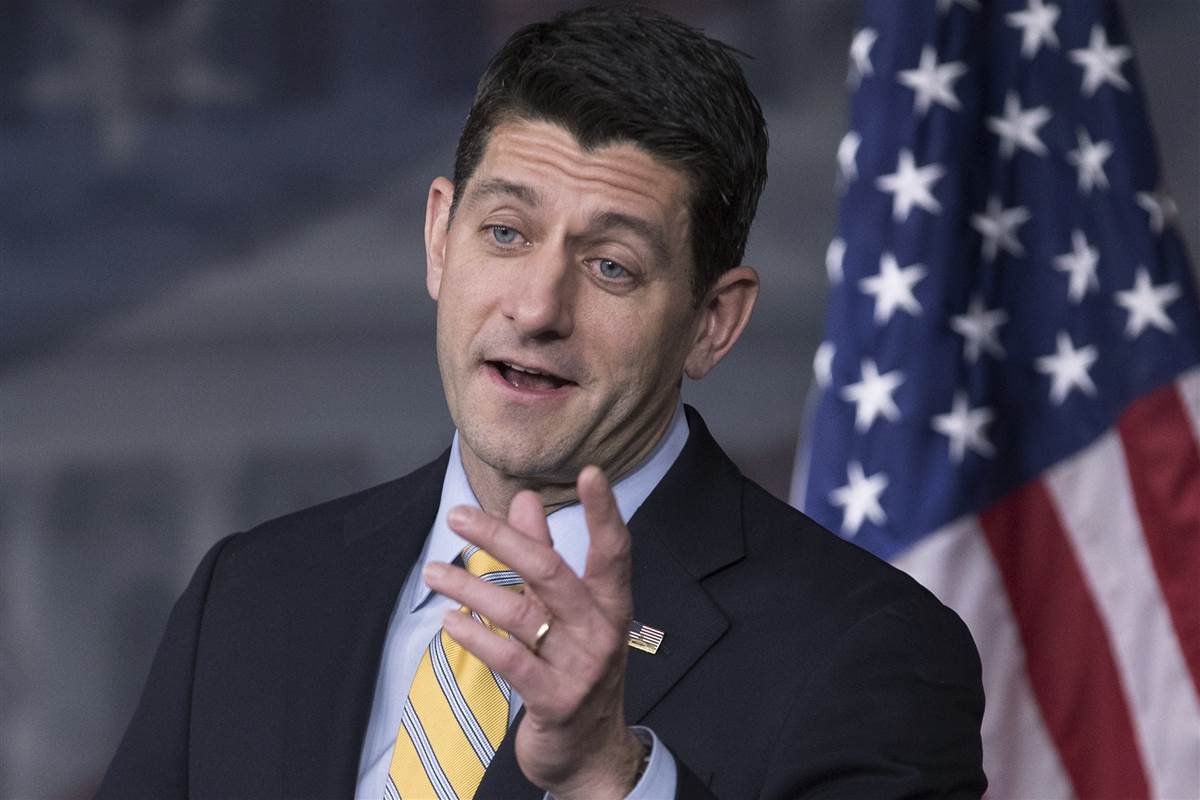 House Speaker Paul Ryan offered up an explanation for why President Trump sided with Democrats Wednesday in postponing a fight over government funding and the debt limit until December: the president didn’t want a “food fight.”

Trump wanted a “bipartisan response and not a food fight” he said at an event hosted by The New York Times.

“What the president didn’t want to do is have some partisan fight in the middle of the response to this,” Ryan said. “He wanted to make sure that in this moment of national crisis, where our country is getting hit by two horrible hurricanes, he wanted to have a bipartisan response and not a food fight and not the timing of the debt limit attached to this bill.”

Ryan agreed the extension was appropriate, especially for the markets.

“I just don’t think it’s good for the credit markets to have these short-term debt extensions,” Ryan said. “I think government agency funding is one thing, but the credit markets, I think is a different thing. But he wanted to make sure that we had a bipartisan moment in response to these hurricanes.”

Lawmakers previously were facing a deadline for government funding and the debt ceiling at the end of September.

While some Republicans were livid over the president’s deal, others saw the development as a way of allowing them to focus on tax reform.

“This basically kicks the can down the road for three months but does give us time to try to make the case for tax reform,” Senate Republican Whip John Cornyn said Wednesday.

White House spokeswoman Lindsay Walters told reporters after Trump’s meeting with Democrats that tax reform is what he wanted to make room for.

“Pushing this three months allows us to focus on tax reforms and those other issues that are important right now,” she said.