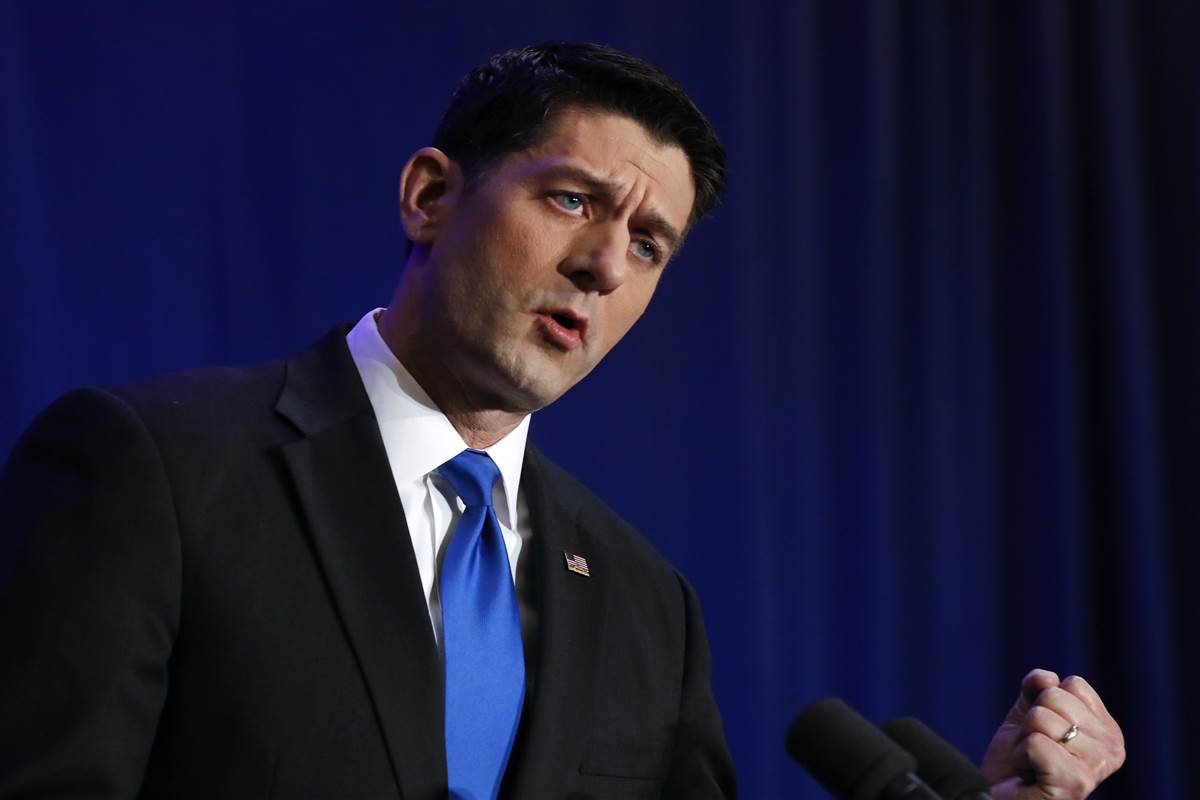 (CNSNews.com) – “We have arguably the worst tax system in the industrialized world,” House Speaker Paul Ryan (R-Wis.) told a gathering in Hillsboro, Oregon on Wednesday.

We don’t really have a system that is very fair, and one of the reasons why our system’s not very fair is because it’s really complicated.

You can sit next to your next door neighbor, have the same kind of income and pay dramatically different taxes because of all the different carve outs and the loopholes in the tax code. So, we want to clean this thing up.

The philosophy in the tax code in Washington today is send your money to Washington and then if you do what we approve of, we’ll let you keep some of it back. That’s ridiculous, it’s paternalistic, it’s actually kind of condescending. What we want to do is just clean the system up, simplify it so much that you can fill out your taxes on a postcard.

Ryan noted that American businesses are taxed at between 35 and 45 percent, but the average tax rate on companies in other countries is 22.5 percent.

“We’re basically taxing American businesses out of America,” he said.

He said the nation would be far more competitive globally if American companies stay in the United States:

“That means United Way and local churches and charities get more community support like clearly you do here in Portland. And so, there are lots of reasons why we want to make sure that American companies stay America. But we also want American companies to be able to make things here and export them all around the world.”

“So that is one of the biggest achievements we are hoping to achieve this year. We feel very confident about this,” Ryan said.