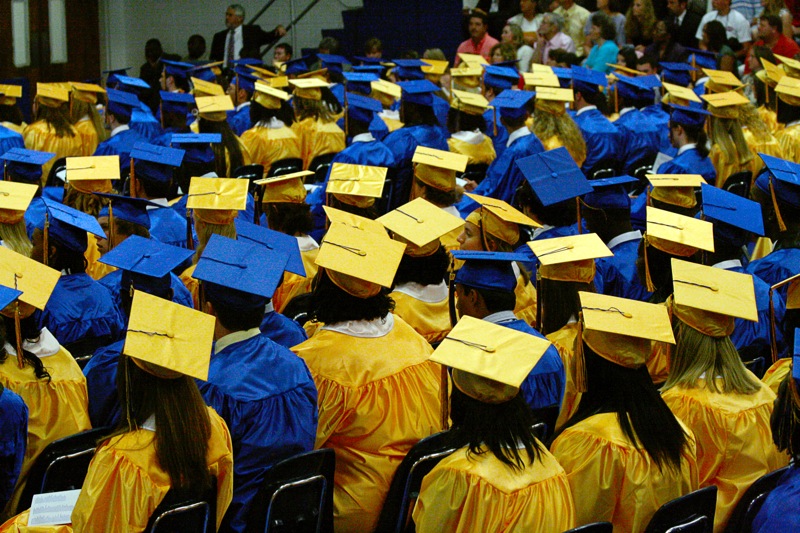 Moriah Bridges wanted to thank God for His immeasurable blessings on Beaver High School’s graduating class. But she could not, because it was against the law.

The Pennsylvania teenager wanted to offer thanksgiving to the Almighty for parents and coaches and teachers. But again, she could not, because it was against the law.

“Make us selfless. Make us just. Make us successful people, but more than that, make us good people,” Moriah wanted to pray. But that too, was determined to be unlawful.

This is the America – the land of the free, the home of the brave. But it is also a place where a young teenager girl is not permitted to mention the name of Jesus Christ or anything remotely religious in a graduation speech at a public high school.

Moriah Bridges, a member of the 2017 graduating class, was asked to provide what they call the closing exercise at Beaver High School’s graduation on June 2.

She crafted a lovely prayer that mentioned her “Heavenly Father” and her “Lord.”

“Lord, surround us with grace and favor everywhere we go,” she prayed. “Soften our hearts to teach us love and compassion, to show mercy and grace to others the way that you showed mercy and grace to us, even to the ultimate sacrifice. Help us love our brothers and our sisters deeply. Lead us to bless them.”

Unfortunately, Moriah was not permitted to deliver that prayer – thanks to the Beaver Area School District.

On May 31, the district notified the teenager that her prepared remarks were unlawful, unconstitutional, and therefore, impermissible.

“The selected students may still address their class and indicate the things that they wish/hop for their class, but they may not do it in the style of a prayer and most certainly may not recite a prayer that excludes other religions (by ending ‘in the name of our Lord and Savior, Jesus Christ” or “in the matchless name of Jesus,’” principal Steven Wellendorf wrote to Moriah in a letter.

The principal flat-out told the young lady that prayer – even student-led prayer – is not permissible by federal law.

“I was shocked that the school said my personal remarks broke the law and I was saddened that I could not draw upon my Christian identity to express my best wishes for my classmates on what should’ve been the happiest day of high school,” Moriah said.

Moriah abided by the school district’s edict – and then she contacted First Liberty Institute, one of the nation’s top religious liberty law firms.

“The last lesson this school district taught its students is that they should hide their religious beliefs from public view,” First Liberty Institute attorney Jeremy Dys told me. “That fails the test of the First Amendment.”

It wasn’t Moriah who broke the law, it was the school district, Dys said.

“In short, school officials – in violation of the First Amendment – forced Moriah to censor her personal remarks during the closing exercise of her commencement ceremony merely because of the religious viewpoint of her remarks,” the attorney said. “Because of Dr. Rowe’s instructions, Moriah was muzzled and restrained by school officials on the penultimate day of her high school career.”

The U.S. Department of Education has a long-standing policy regarding student speech – a policy that covers graduation cermeonies.

“Where students or other private graduation speakers are selected on the basis of genuinely neutral, evenhanded criteria and retain primary control over the content of their expression, however, that expression is not attributable to the school and therefore may not be restricted because of its religious (or anti-religious) content,” the policy reads.

Dys is calling for a meeting with school officials – but so far they have not responded.

The school district’s suggestion that Moriah should offer wishes or hopes for her fellow graduates is ludicrous. Moriah was not praying to some sort of fairy godmother. She was praying to Almighty God.

Ironically, by refusing to allow a student to pray in the name of Jesus Christ, the school district excluded the Christian religion.
But these days excluding Christianity to achieve inclusiveness is a standing operating procedure on high school campuses.