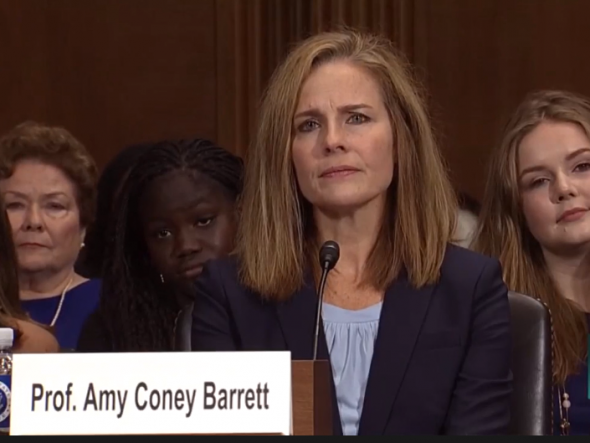 The Senate voted Tuesday to confirm Prof. Amy Coney Barrett to the 7th Circuit Court of Appeals by a 54-42 vote.

In September, when Barrett appeared before the Senate Judiciary Committee for its hearing on her nomination, Sen. Dianne Feinstein (D., Calif.) brought up an article Barrett had written some 20 years prior and remarked that, “the dogma lives loudly within you.”

Barrett also faced questioning from Senate Minority Whip Dick Durbin (D., Ill.), who asked her about her religious beliefs and referred to her as an “Orthodox Catholic,” which Barrett quickly clarified.

“I am a Catholic, Senator Durbin,” Barrett said. She also made clear that her faith would not influence her performance as a judge.

A Tuesday statement from JCN’s Chief Counsel and Policy Director, Carrie Severino, congratulated Barrett on her nomination and called her “one of President Trump’s well-qualified, impressive, experienced judicial nominees who will apply the rule of law fairly.”

“Professor Barrett is a brilliant legal scholar who has earned the respect of colleagues and students from across the political spectrum,” Grassley said before the confirmation vote. “She’s also a committed Roman Catholic and has spoken passionately about the role that her faith plays in her life. This isn’t inconsistent with being a federal judge.”

Barrett will be the first woman from Indiana to serve on the 7th Circuit Court of Appeals, the Examiner noted.