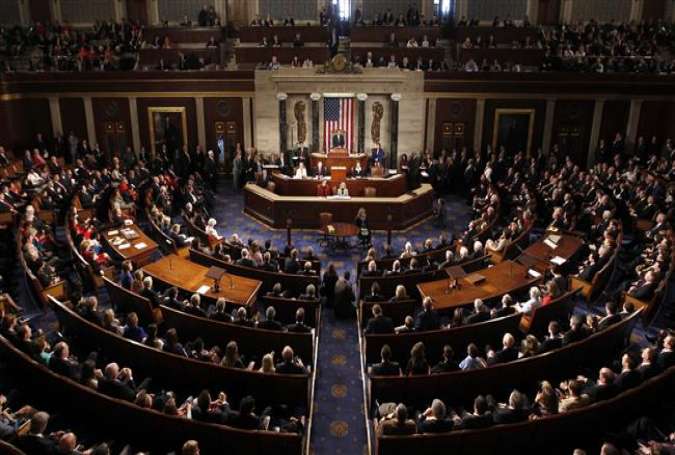 The Senate is expected to pass a bill slapping new sanctions on Russia for a second time after it ran into an unexpected roadblock in the House.

Sen. Bob Corker (R-Tenn.), the chairman of the Foreign Relations Committee, said on Thursday that senators would tweak and then re-pass the legislation “soon.” The bill passed with almost unanimous support last week.

“I mean, we’ve had very constructive discussions and we know what we need to do to fix it,” Corker said when asked about a timeline for when the Senate could approve the bill again.
“So when they send the bill back we’ll be able to do that. … I feel like it’s going to work out,” he added.

Sen. Ben Cardin (Md.), the top Democrat on the Foreign Relations Committee, said the two were talking with Sens. Rand Paul (R-Ky.) and Bernie Sanders (I-Vt.) to see if they could get a deal to tweak and pass the legislation without needing to have another formal vote.

Both Paul and Sanders opposed the legislation, which includes Russia and Iran sanctions, though Sanders stressed that his opposition was tied to concerns that the Iran penalties threatened a separate international agreement.

The back-and-forth comes after House Ways and Means Committee Chairman Kevin Brady (R-Texas) threw senators a curveball on Tuesday, saying the legislation was a “blue slip” violation – referring to the requirement that revenue bills start in the House.

A committee spokeswoman added on Thursday that the panel had sent the Foreign Relations Committee language to fix the constitutional issue, and allow the Senate to “pass a fixed version.”

“Absent Senate action to return the bill and cure the Origination Clause issue, the House will act to preserve its Constitutional rights and ‘blue slip’ the Senate passed bill,” the spokeswoman said.

Democrats have voiced deep suspicion about the procedural holdup, which comes amid signs of pushback from the White House over the Senate bill.

A senior Democratic staffer said on Wednesday that “what we’ve been hearing is there is an attempt to strengthen the Iran portion [and] weaken the Russian portion.”

The White House is reportedly pressuring House Republicans to weaken the Russia sanctions included in the bill.

“Is the White House encouraging House Republicans to delay this bill so they can offer the Russians something in their upcoming talks? We don’t know, it sure seems possible. Even likely,” he said from the Senate floor.

Cardin reiterated Thursday that he doesn’t think the bill has procedural problems, and that if it did, the easiest way to fix it would be to insert the Senate’s language into a House bill.

Brady pushed back against suggestions earlier this week that he was trying to stall the bill, arguing the Senate legislation was “sound policy.”

“This isn’t a policy issue; it’s not a partisan issue. It is a constitutional issue,” he said.

The Senate’s legislation would impose a range of new sanctions, including on any individuals tied to “malicious cyber activity,” supplying weapons to Syrian President Bashar Assad’s government or any that are tied to Russia’s intelligence and defense sectors.

It would also give Congress 30 days – or 60 days around the monthlong August recess – to review and potentially block Trump from lifting or relaxing Russia sanctions, codify the sanctions on Russia imposed by executive order by the Obama administration and allow the Trump administration to impose new sanctions on sectors of the Russian economy.

(First reported by The Hill and retrieved from MSN) http://www.msn.com/en-us/news/politics/senate-expected-to-pass-russia-sanctions-bill-for-a-second-time/ar-BBD2Rxl?li=AA5a8k&ocid=spartanntp   (June 23, 2017)