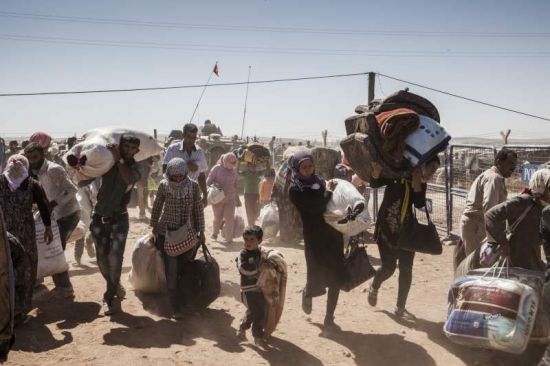 (CNSNews.com) – With the Trump administration just days away from reporting to Congress on its planned refugee admission plans for FY 2018, the last month of the closing fiscal year could see the smallest monthly refugee intake yet – and the smallest proportion of Muslims among them.

If the pattern holds for the next four days, September also will be the first time the number of refugees from religions other than Christianity or Islam overtake the number of Muslims.

As of Monday, 239 of the 890 refugees arriving in September (26.8 percent) were neither Muslims nor Christians. They comprised 131 Buddhists, 52 Hindus and 56 followers of the Kirat faith, a Himalayan and South Asian religion incorporating nature and ancestor worship.

Although refugee application processing can take 18-24 months, the period since Trump’s inauguration has seen a marked shift in the ratio of Muslims to Christians among refugees resettled in the U.S.

Among the largest denominational groups represented among the September arrivals were 95 Pentecostalists (from Ukraine and the Democratic Republic of the Congo) and 73 Sunni Muslims (including 43 Iraqis and 24 Somalis.)

In contrast to September’s 890 arrivals, the same 25-day period one year ago saw the Obama administration resettle 11,370 refugees, according to State Department Refugee Processing Center data.

Since the start of the Trump administration, the smallest monthly intake of refugees was in August, when 913 arrived, and the largest was in February, when 4,580 were resettled. (January arrivals totaled 6,777, but 4,451 of those arrived before President Obama left office.)

The Trump administration has a few days remaining to meets a legislative obligation to report to Congress on its refugee admission plans for FY 2018.

The Immigration and Nationality Act requires the president to submit a report to the House and Senate Judiciary committees before the start of each fiscal year on the “foreseeable number of refugees” needing resettlement and the “anticipated allocation of refugee admissions.” It also says this should, “to the extent possible,” occur at least two weeks before “appropriate consultation” on the subject takes place.

On Monday, Axios reported that Trump is expected to set a cap of around 40,000 admissions for the new fiscal year, and that the issue has generated significant debate within the administration. The report said the State Department has recommended a ceiling of 45,000, the Department of Homeland Security a slightly smaller number, and White House policy advisor Stephen Miller a cap of 20,000. 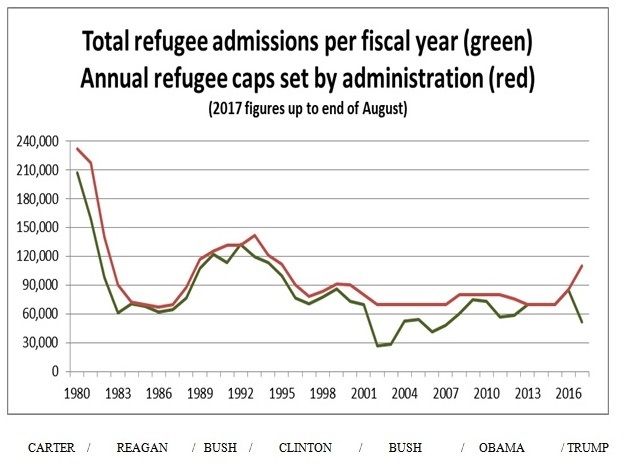 A cap of 40,000 would be considerably lower than any set by previous administrations since President Carter signed the Refugee Act into law in 1980.

In his travel executive orders earlier this year, however, Trump limited FY 2017 refugee admissions to 50,000.

That restriction has been exceeded because the Supreme Court ruled that the administration may not exclude refugee applicants who have a “credible claim of a bona fide relationship with a person or entity in the United States” – even if that means the 50,000 cap is overtaken.