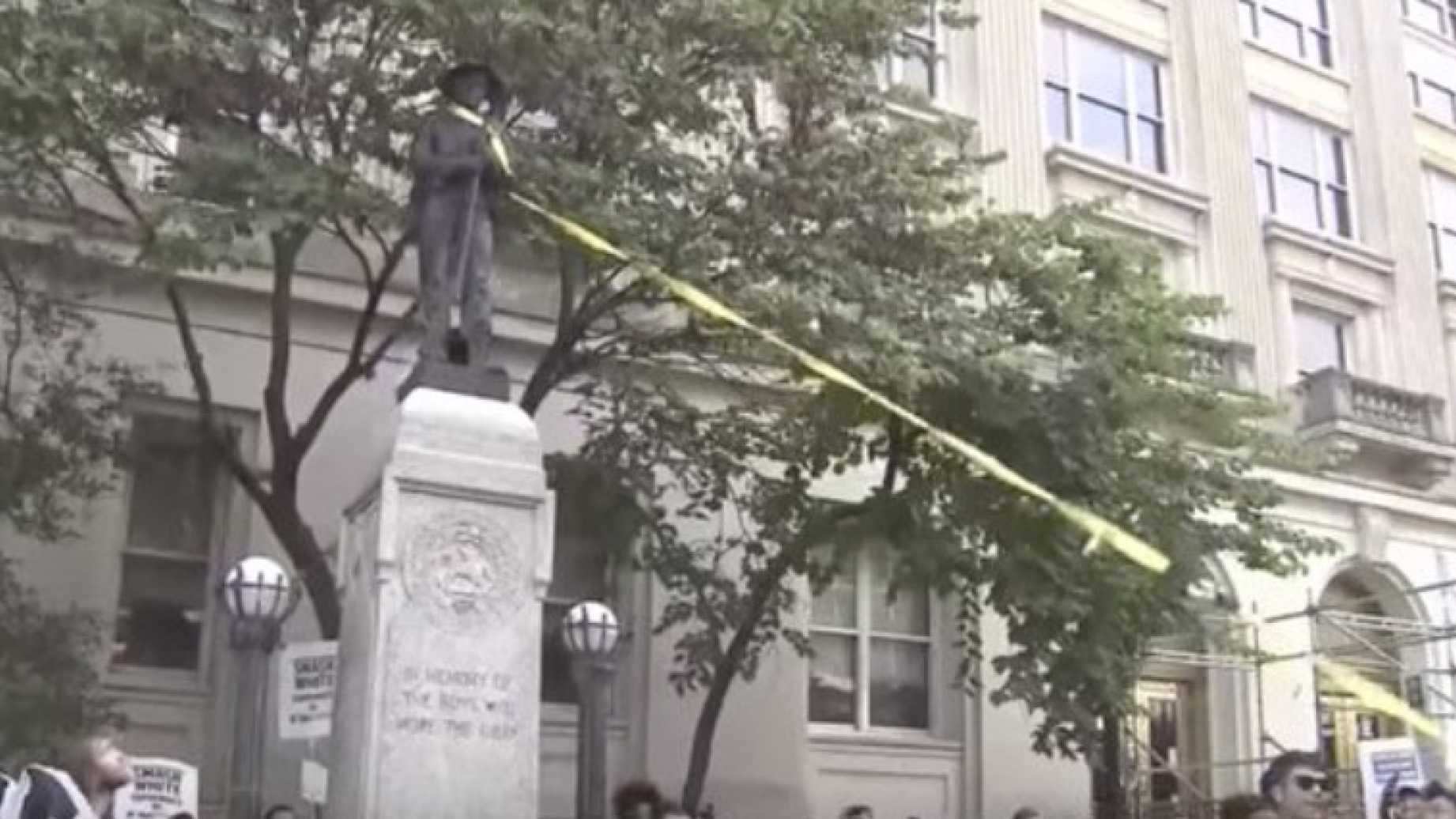 After a Durham, North Carolina, monument of a Confederate soldier holding a rifle was pulled down by protesters on Monday, Durham County Sheriff Mike Andrews said Tuesday his office will seek charges against the protestors.

The statue, erected in 1924 outside the county courthouse, had the inscription, “in memory of the boys who wore the gray.”

Andrews stated, “Collectively, we decided that restraint and public safety would be our priority. As the Sheriff, I am not blind to the offensive conduct of some demonstrators nor will I ignore their criminal conduct. With the help of video captured at the scene, my investigators are working to identify those responsible for the removal and vandalism of the statue.”

Takiyah Thompson, 22, who claimed she is a member of the Workers World Party, a group that helped organize the protest, told ABC 11 she climbed the ladder to put a nylon rope around the statue to enable others to topple it. She added, “I feel like it’s important to tear down these vestiges of white supremacy.”

Update: you can see protester put rope around statue before it's pulled down.@WNCN pic.twitter.com/MBkNUpIuya

One of the organizers of the protest, Loan Tran, told WNCN, “It needs to be removed. These Confederate statues in Durham, in North Carolina, all across the country. When I see a confederate statue in downtown Durham, or really anywhere, it fills me with a lot of rage and frustration.

Gov. Roy Cooper, assuming the statue should be removed, tweeted:

The DPD is aware that a Confederate monument was toppled at the old Durham County courthouse. Because this incident occurred on county property, where county law enforcement officials were staffed, no arrests were made by DPD officers.

Early Tuesday morning, Durham County issued a statement; it did not mention the statue-toppling:

Our elected officials and senior staff understand the unrest in our nation and community, particularly following the senseless acts that took place in Charlottesville, VA. We share the sentiments of many communities around the nation that admonish hate and acts of violence as we believe civility is necessary in our every action and response. Governmental agencies dedicated to public safety will continue to work collectively to ensure Durham remains a community of excellence where all of our residents can live peacefully, grow and thrive.