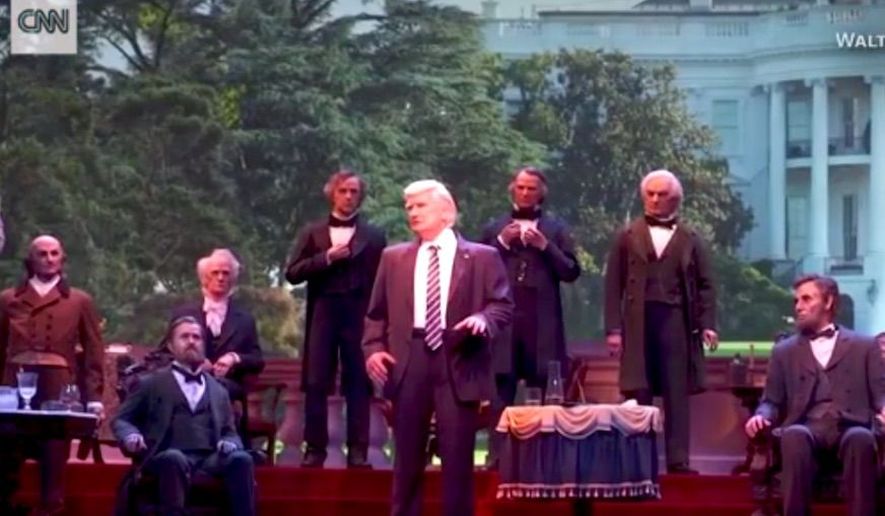 A protester who may have an incurable case of Trump Derangement Syndrome shouted at a animatronic lookalike of the president in front of a room full of children at the Happiest Place on Earth.

The ugly meltdown occurred in the Hall of Presidents at Disney World on Wednesday.

“I protested @realDonaldTrump at the #hallofpresidents cuz I’ll never get this close in real life probs,” Jay Malsky tweeted on December 27, adding the hashtag “#lockhimup.”

Malsky recorded himself watching the introductions of the presidents of the last half of the 20th Century to the president.

I protested @realDonaldTrump at the #hallofpresidents cuz I'll never get this close in real life probs. #lockhimup pic.twitter.com/jKOQShIdz8