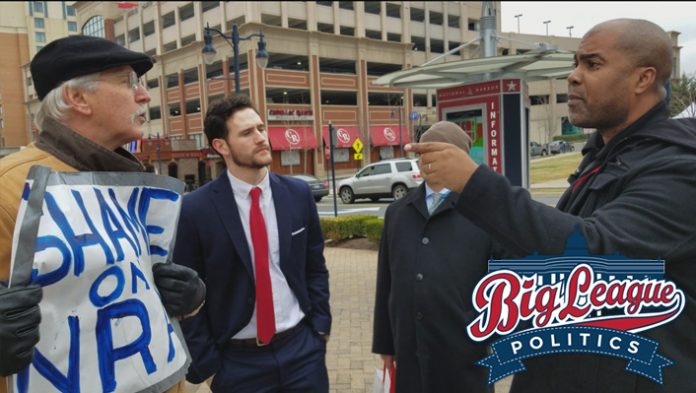 As a part of our continuing coverage of CPAC, Big League Politics caught up with an anti-gun protest consisting of one person. When we arrived, we planned to talk with the protester, but instead ran into Watson Prunier with Battle4freedom.com who was already caught up in debate with the protester.

As you can see in the video, not only did Prunier destroy the protester in debate, but he did it with enough charm that the protester ended up shaking his hand at the end.