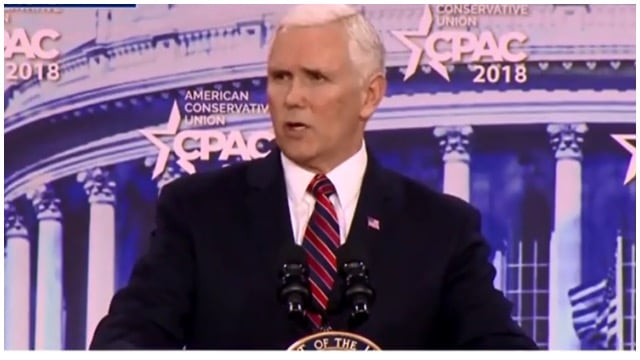 Vice President Mike Pence took to the CPAC stage in Maryland on Thursday morning and highlighted all the great things the Trump administration has accomplished, thus far.

Something that brought the crowd to its feet was when Pence said: “Make no mistake, we’re going to build that wall!”

Vice President Mike Pence vowed in a speech before the conservative political action conference that a wall would be built along the US-Mexico border in the coming years of the Trump administration.

“President Trump promised to enforce our laws, secure our borders, and today illegal crossings at our southern border have been cut nearly in half and make no mistake about it, we’re going to build that wall,” […]