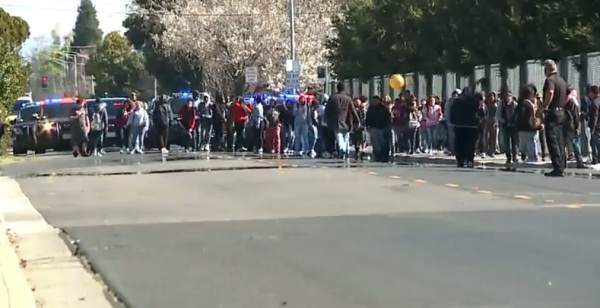 Students from Stagg, Edison, Chavez, Lincoln and Village Oak high schools walked out of class and in the streets creating traffic problems in the area as most streets were blocked off.

At least five students at the anti-gun protests were arrested.

The angry students were charged with battery on an officer, resisting arrest, taking an officer’s baton and vandalizing vehicles, including patrol vehicles, Stockton police said.

The student mob threw rocks and damaged both police and citizen vehicles.

It was a peaceful protest on a Friday afternoon.