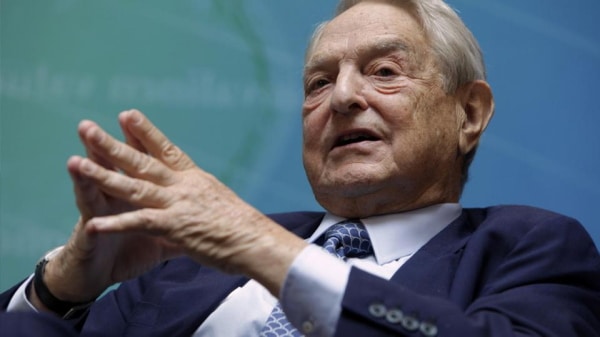 The deep-pocketed Democratic financier increased lobbying expenditures on a range of foreign issues, including efforts to oppose laws described as a direct attack on his funding of non-governmental organizations (NGOs) in his native country of Hungary.

The Open Society Policy Center, a D.C.-based nonprofit that focuses on advocacy efforts and is a separate entity from the Soros grant making Open Society Foundations, has spent nearly as much on lobbying in the first half of 2017 as the group did in the entirety of 2016.

The Open Society Policy Center reported spending $4.6 million in the first and second quarters, which runs from Jan. 1 to June 30, according its disclosure forms filed to the House of Representatives and the Senate. The group has three in-house lobbyists who lobby the U.S. Senate, House of Representatives, National Security Council, the Department of Defense, and the Department of State.

Soros drastically extended the policy scope of his lobbying efforts as the year progressed, including to issues that have been seen as a direct strike against the Hungarian-born billionaire.

Hungary’s parliament approved the law that targets foreign-funded organizations in June, which they have said “can threaten the country’s political and economic interests and interfere with the functioning of its institutions,” according to text of the law.

Although the law does not mention Soros by name, politicians in Hungary previously said they wanted to “sweep out” organizations tied to Soros.

Soros’s Open Society Foundations has given money to a number of prominent NGOs in Hungary. The group has said that the country’s bill “seeks to suppress democratic voices in Hungary.”

The lobbyists also worked on issues such as the Restricting First Use of Nuclear Weapons Act of 2017 and the National Defense Authorization Act for fiscal year 2018, among others.

The policy center reported spending $19,120,000 on lobbying for policy and legislative efforts with Congress and government agencies between 2002 and 2012, which averages out to $1.9 million per year.

The amount Soros spent on lobbying shot up to $11 million in 2013, a drastic increase from the $3.4 million the group had spent in 2012. The uptick could be attributed to the group’s push for “comprehensive immigration reform” during this time.

Now the group’s lobbying expenditures are trending upwards again. The center is on pace to spend $9.2 million this year.

“OSPC engages on a range of issues in Congress, which have been fairly consistent over time,” a spokesman for the policy center previously told the Washington Free Beacon in an email statement. “The level of spending on those issues tends to rise and fall depending on their state of play in Congress.”

The amount the group has spent over the last four and a half years on its lobbying efforts ($41.6 million) is more than double what they had spent during the ten-year period from 2002 to 2012 ($19.1 million).

The Open Society Policy Center did not respond to inquiries on its lobbying activities this year.