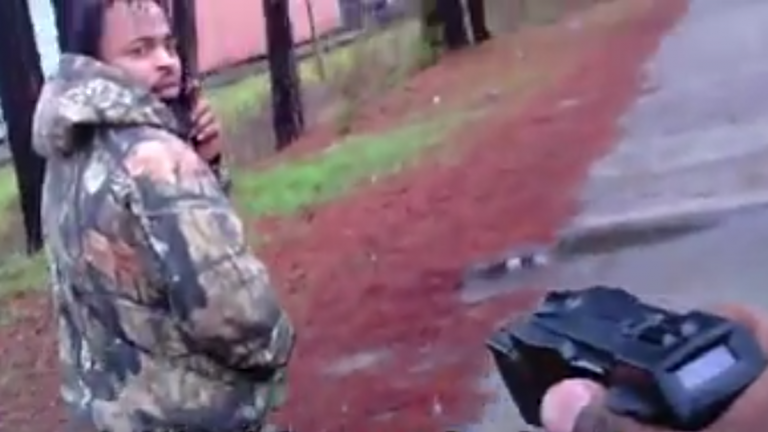 Police Officer Quincy Smith of Estill, South Carolina, said that he’s forgiven Malcolm Orr for shooting him four times two years ago and hopes to return to police work next year after recovering from his injuries, WJCL-TV reported.The story began on New Year’s Day in 2016 when Smith was dispatched to an attempted robbery at a convenience store. The suspect was said to be wearing camouflage and a red bandanna.

When Smith arrived on scene, he confronted the suspect, Orr, 29, who continued to walk away from him despite being ordered to halt. Smith noticed the man had his hands in his pockets and drew his taser. The officer was wearing glasses with an attached camera and recorded the event on video.

“I didn’t draw my firearm because at the time I didn’t think it was warranted,” he told WJCL. “He was just walking away. But unfortunately I made a mistake and I drew my taser, and he got the upper hand on me.”

Orr quickly drew a handgun and fired at Smith, hitting him in the arm, neck, and torso. Smith panicked, and ran back to his unit. The video showed Smith’s bloody hand grabbing his radio and calling for help.

“Dispatch please tell my family I love them,” Smith said in the video.

(Content warning: Scenes of violence; may not be suitable for some viewers.)

According to WJCL, Smith is still recovering both physically and emotionally.

“I had nightmares sometimes about the incident. I’m still trying to heal up injuries to my arm,” Smith said.

WJCL reported that Smith’s neck and arm injuries have almost fully healed, and his physical therapy is nearly complete.

“I take it day by day with the support of friends and family and everybody else,” Smith said.

Despite his injuries, Smith said he has forgiven Orr.

WJCL reported that Orr was convicted of attempted murder and sentenced to 35 years in prison Wednesday. Smith said he prays for Orr and his family.

“Both our families are the ones really suffering the most. Violence and guns aren’t the answer, that’s why I became a police officer,” Smith said.

According to WJCL, Smith is still on medical leave, but he hopes to return to active duty with the Estill Police Department in 2018.