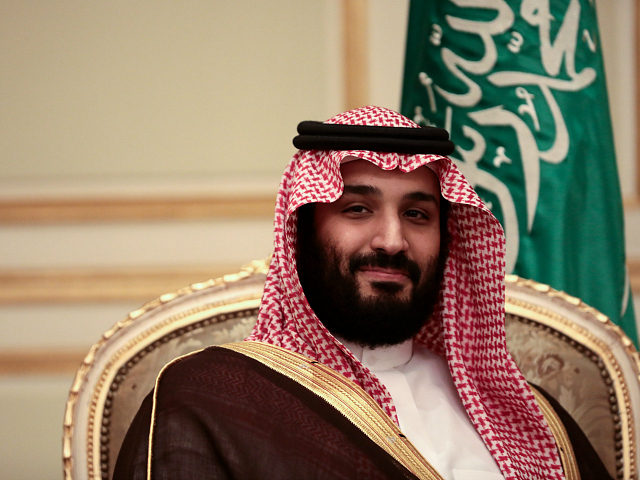 In what is ostensibly a battle against rampant corruption and a push for liberal reforms in the strictly Wahhabist-Sharia-run Kingdom of Saudi Arabia, bin Salman – coming to be known in the Western press as “MBS” – has overseen the arrests of dozens of Saudi royal princes, business leaders, and lesser officials in the last week. The royals among them are reported to be under guard at Riyadh’s Ritz-Carlton hotel while MBS enacts an uncertain path to reform.

“We continue to encourage Saudi authorities to pursue the prosecution of people they believe to have been corrupt officials,” State Department Spokeswoman Heather Nauert said at her regular press conference Tuesday. “We expect them to do it in a fair and transparent manner. We call on the government of Saudi Arabia to do that.”

President Donald Trump and some of his administration have been far more enthusiastic in their endorsement of MBS’s plan. According to the New York Times, Trump called King Salman, MBS’s father and the Kingdom’s ruler since 2015, to offer “wholehearted” support for the crackdown and modernization. The president took to Twitter this week to offer public praise of the developments.

Although some foreign policy experts, like former Ambassador to the U.N. John Bolton, have offered cautious optimism of MBS, others are concerned about Trump’s very public enthusiasm. The State Department is treading a careful line, offering support but not reiterating the president’s exuberance. “In terms of the President’s comments, I’m just going to have to refer you to the White House,” Nauert said, one of the several times she deferred.

“We have a history of cooperation with the Saudi government,” Nauert answered another reporter, hinting a State Department involvement in any encouragement offered to the Saudi reformers. “As you know Secretary Tillerson and the president, in Riyadh this year, we had a lot of areas of agreement.”

As for the fate of the men in the Ritz Carlton, Nauert was unprepared to make any sweeping judgment. “[Saudi officials] have laid out a case that these officials are guilty of corruption … we’re not there on the ground to assess the cases of these individuals,” she said in reply to a question on whether the State Department considered the actions so far “fair and transparent.”