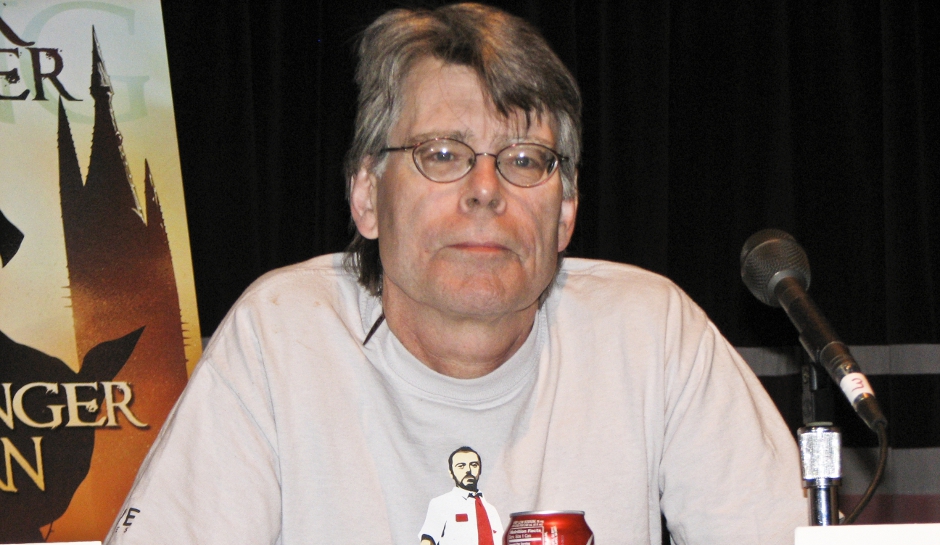 For all the virtue signaling Stephen King does on Twitter, not even his work is free from progressive scrutiny. A Boston University scholar claims that his classic horror novel, “It,” and the upcoming movie adaptation, are problematic because its protagonists are “white, straight, and able-bodied.”

Based on King’s 1986 horror novel, the upcoming movie features a group of boys who go up against a supernatural terror in the form of a child-killing clown. With all things nostalgic (the movie’s set in the ‘80s) being in vogue, the movie is expected to do well.

But just as filmgoers are gearing up to enjoy the movie, a Boston University scholar, Regina Hansen, is doing her best to spoil everyone’s fun.

The College Fix reported Monday that the “Master Lecturer of Rhetoric” Hansen claims that the movie and the novel it’s based on suffer from underlying problems in the form of toxic (or hegemonic) masculinity—a common refrain among intersectional feminist scholars who believe that masculinity is a pervasive force that exists to oppress women.

Writing in the summer issue of the journal Science Fiction Film and Television, Hansen says that King’s “nostalgia for underdog boyhood” in some ways challenges “traditional concepts of hegemonic masculinity,” but adds that the protagonists themselves assume “hegemonic masculinity” by standing up to their bullies.

“While this heroic underdog character is in some ways a challenge to traditional concepts of hegemonic masculinity, the challenge is incomplete, in that he remains white, straight and able-bodied,” she writes, adding that they’re only capable of becoming heroes through the “marginalization of female characters, black characters, gay characters and characters with disabilities.”

The scholar claims that characters like Henry Bowers “police the heterosexuality (and thus masculinity) of the males with terms such as ‘sissy,’ ‘baby’, and ‘girly boy’” until the bully gets his due. Of course, the whole point of the character is that he’s a bully—so it’s unclear why Hansen would expect for him to behave any other way.

Hansen goes on to state that there’s a lot to admire in King’s kinship with awkward nerds, but the makeup of the mostly white, straight boys “can be vexing, especially for non-white, female or queer readers”—a claim unsupported by King’s many readers who don’t necessarily identify with his characters based on their race and gender. After all, identity comes in many forms.

(First reported by the The Daily Caller)  http://dailycaller.com/2017/08/28/scholar-stephen-kings-it-is-bad-because-its-full-of-white-straight-able-bodied-males/  (August 28, 2017)