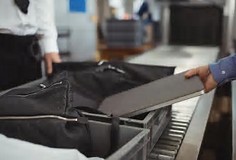 The rash of terror attacks in Great Britain come as the summer travel season is beginning. That means security measures, especially at airports, will see increased work loads, and passengers longer waits.

Finding and removing the everyday items that terrorists have turned into threats is a huge challenge, WJZ’s Alex DeMetrick reports.

And between now and Labor Day, a lot of Americans will spend time coming and going by air.

Since 9/11, passenger planes have been a high priority target for terrorists, with bombs bringing down a Russian airliner in Egypt, and blowing a hole in a Somali jet last year.

“Airplanes have been the common threat that we’ve seen over the past several years,” says Ben Yelin, of the University of Maryland Center for Health and Homeland Security.

And the last line of defense is Transportation Security Administration security screening.

That kind of threat prompted a ban on laptop and computer pads from airplane cabins flying from seven African and Middle Eastern countries this past spring. It could spread to domestic flights.

“The Department of Homeland Security is currently considering the possible expansion of that laptop ban,” says Lisa Farbstein, a TSA spokesperson. “No decision has been made.”

Meanwhile, things like peanut butter must go into checked bags, not carry-ons. Innocent mistakes that can slow down screening.
But for most, an abundance of caution is no mistake.

“With today’s terrorism, you can’t trust anybody,” one passenger said.

“It’s a determined enemy,” according to Farbstein. “They’re targeting transportation hubs, and so what we want to do is make sure you get to your destination safely, and go home safely.”

TSA is urging air travelers to give themselves more time during the summer. Arrive two hours before a domestic flight, and three hours before an international trip. They also ask that passengers do their part by reviewing what objects are allowed on carry ons and which must go into checked luggage.