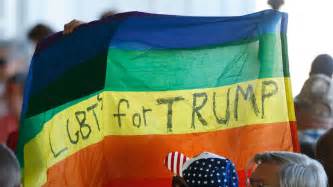 The Guardian called the rise of free-thinking, LGBT conservatives “troubling” in an article on Thursday.

The article, written by Arwa Mahdawi, criticized popular LGBT conservatives, including former OUT Magazine employee Chadwick Moore, who was fired after coming out as a conservative, and the Log Cabin Republicans, attempting to paint right-wing LGBT men and women as an “influential group of gay, white, and financially well-off men,” made up of Nazis, white nationalists, and misogynists.

The Guardian is very scared that LGBT folk are thinking for themselves! — "Why do you have that opinion, you're supposed to have this one!" pic.twitter.com/4reP4jptXn

Moore has faced repeated discrimination since coming out as a conservative; losing his job, and even being warned by Scruff, a dating app for gay, bisexual, and transgender men, for being openly pro-Trump on the platform.

“We are less than merely second-class citizens in the gay community, we are reviled, much like black conservatives and any other minority group that says ‘no’ to the Left’s victimhood politics,” Moore previously declared to Breitbart News.

In her article, Mahdawi also attacked Israel, who she claimed “has long used pink-washing to help sanitize its treatment of Palestinians.”

Mahdawi didn’t, however, mention that LGBT Jews have been repeatedly discriminated against this year at Pride events.

In June, Jewish attendees at the Chicago Dyke March were kicked out of the event for carrying Jewish LGBT pride flags, while the journalist who broke the story lost her job for reporting on it.

“Let’s be clear: racism and misogyny in the queer community is nothing new. Nor is the pink-washing of white nationalism,” claimed Mahdawi in her article. “Nevertheless, in the past year, the trend has become much more pronounced, and it’s disturbing to see so many gay people buy into the idea that our ability to come out depends on keeping brown people out.”

“Some people might argue that the increase in rightwing LGBTQ people represents a move away from identity politics. Ultimately, however, it’s just a move back to the oldest form of identity politics,” she continued. “One in which the protection of whiteness and wealth trumps everything. But as some gay Trump supporters might be starting to realize, the right aren’t your friends, and eventually they’ll come for you.”

LGBT conservatives and libertarians have been frequently harassed since President Trump’s election.

In July, OUT Magazine encouraged its readers to “drop” gay conservative friends in an article titled, “What To Do When Your Friend’s a Gay Republican.”

In February, LGBT writer Skylar Baker-Jordan also attacked gay conservatives in an article for the Independent, where he claimed he would refuse to accept gay people who “come out” as supporters of President Trump, while in June, Slate likened LGBT conservatives to “villains.”

Earlier this month, during National Coming Out Day, LGBT conservatives revealed their stories on the difficulty of coming out as conservative to the LGBT community.

“I came out as a conservative gay man in 2012 and was ostracized by my community, rejected by friends and am routinely bullied by LGBT,” declared author and journalist Chad Felix Greene, who has previously written for the Huffington Post.

I came out as a conservative gay man in 2012 and was ostracized by my community, rejected by friends and am routinely bullied by LGBT. https://t.co/2i0yd3moGe