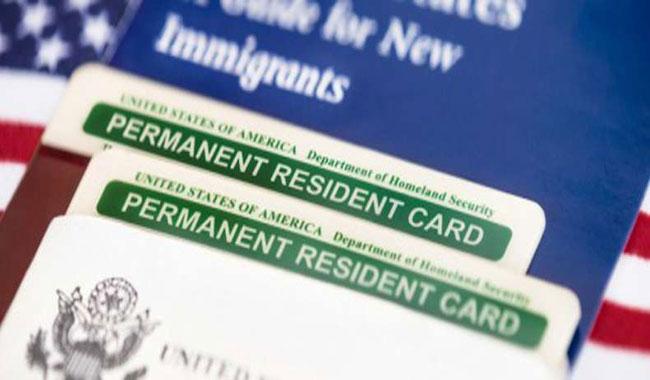 The need for change is vital after the Obama era, which flooded the country with unvetted groups & individuals.

The most important decision we make as a society is whom we allow to join our society and become voting members. It goes without saying that a prospective immigrant should have to meet some government official in person before they are granted a stay.

Amidst all the liberal policies that are continuing under the Trump administration, there are some improvements on immigration we should applaud.

On Monday, the U.S. Citizenship and Immigration Services (USCIS) announced that, beginning Oct. 1, it will require in-person interviews for all green card applicants who have come here on asylum or through employment-based visas. The agency is planning to “incrementally” phase in interview requirements for other categories as well.

The need for in-person interviews is vital following the Obama era, which granted quasi-amnesty to many categories of illegal immigrants. As we noted earlier this month, Obama issued work permits to hundreds of thousands of asylees, illegal aliens, or those receiving parole and temporary protected status.

Many of these individuals have not been properly vetted or should not be entitled to remain here at all. Yet, under current practice, they could apply for a green card with little trouble. Current law requires agents to interview anyone seeking to adjust their status to that of lawful permanent resident, but past administrations have abused waiver authority to cancel the requirement for entire classes of people. This new USCIS directive restores the intent and letter of the law.

We are now seeing how bad Obama’s vetting had been in his alacrity to flood the country with as many immigrants as possible. Although DACA is patently unconstitutional and should have been revoked immediately, the Trump administration, while continuing the program, has already revoked 2,139 permits due to fraud- or gang-related cases.

There’s no reason to believe that the Obama administration properly vetted asylum claims or  visa applicants. As David North of the Center for Immigration Studies observed, there are roughly 4 million “half-amnestied” individuals who were given work permits and allowed to remain in the country under abused executive authority (i.e. entirely new programs created out of whole cloth by the Obama administration). Many of these individuals will be seeking an adjustment to green card status in the coming years.

In-person interviews will allow agents to properly vet fraud and see if their presentation reveals a true case of credible fear (in the case of asylum) that might have been overlooked in the initial interview by Obama officials.

As North’s CIS colleague Jessica Vaughan explained to me via email, “The fraud assessments point to the urgent need to do more screening, and this second interview will help clean up after the lax screening that took place under the Obama administration.” She said this is especially important “considering that there was double digit fraud found in the H-1B program a few years back, and perhaps as high as 70% fraud in the asylum program.”

Just over the past few years, the number of asylum seekers who have been allowed to remain in the country on work permits pending adjudication has skyrocketed from 55,000 a year, in FY 2012, to close to 300,000 by the end of this fiscal year.

As we’ve reported before, the asylum loophole poses an even greater security threat than refugees, because they come here on their own without any vetting and merely assert a claim of credible fear.

In addition to Latin Americans, there are now official smuggling routes for Middle Easterners, just like they have into Europe. U.S. Southern Command intelligence confirmed that at least 30,000 individuals from countries with strong terror networks crossed over the border in 2015.