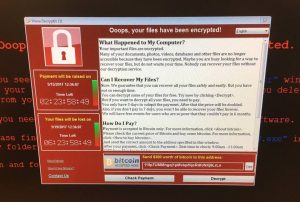 Fox News reports on the recent cyberattack that hit all over the world. China was hit hard and the attack affected over 30,000 organizations. China has put some of the blame on the United States because the malware was stolen from the NSA and China claims they have not done enough to help them replace foreign technology with their own. Maybe China should have realized that we struggle with presidential candidates disposing emails properly and stop relying on us to help them. The attacker is unknown as of now, but it is possible that North Korea could be behind the attacks. North Korea does have the ability to breach Chinese networks but that would not be the case if they had kept their distance from North Korea. China should just blame Russia for the attacks, it seems like that is the thing to do today.

This bring up many more questions and unveils issues that the world will continue to face with the constant technology advancements. The UK healthcare system took one of the worst hits from the attack. Their healthcare network was an easy target and halted care to many patients. The malware virus will freeze your computer until a fee of $300 is paid and can clear all files if not paid in a certain time frame. The ability of the attack to spread through a network and damage it can cause poses some serious questions. Many are putting the blame on the United States, could we be to blame? What happens if this malware entered the stock exchange or a government network? Is this attack uncovering the lack of security protecting our nation?