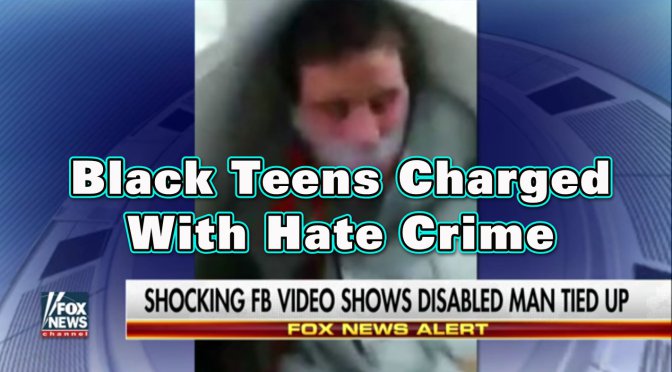 According to recently released data by the FBI, hate crimes in America took a turn upward in 2016.

There was also an increase in the number of crimes reported targeting Jews, Muslims and LGBT people in 2016, The Washington Post reported.

Of the incidents motivated by religious bias, slightly more than 54 percent of the reported offenses were anti-Jewish and about one-quarter were anti-Muslim, according to the FBI’s data.

Of course, there are going to be those who will immediately try to hang this on Donald Trump and the rise of Trumpism.

I do believe Trump’s abusive attitude has made it more comfortable for undercover jackasses to be out-in-the-open jackasses.

I do not, however, believe it started with Trump. Trump, himself, is a product of the ugly divisiveness that began with Barack Obama’s dividing lines in class and race.

Former FBI Director James Comey said earlier this year that the FBI must “do a better job of tracking and reporting hate crime, to fully understand what is happening in our communities and how to stop it.”

“Hate crime is different from other crime,” Comey said in May. “They strike at the heart of one’s identity — they strike at our sense of self, our sense of belonging. The end result is loss — loss of trust, loss of dignity, and in the worst case, loss of life.”

Sadly, I see no one at the helm who will be able to heal those wounds. Our politicians are too busy using these numbers as political wedges.