Let’s take a quick look at some of the stories that have been in in the headlines recently. This will not cover all the details of the story but will give you a summary in case you missed it. 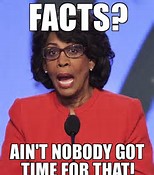 We will start with the constant video coverage of Maxine Waters making ridiculous statements. She confused George Bush and President Trump, had a meltdown and said that “you cannot impeach a woman of Congress”, and confused the NRA and NSA. It has been a rough week for the liberal Congresswoman but she might actually believe that she cannot be impeached since the left seems to ignore the constitution. Let’s see what other comical remarks the Congresswoman makes. Keep an eye on the NRA, guess they are now an intelligence agency now.

The story of Venezuela’s socialist nightmare has not hit many of the main stream headline but the results of socialism they are dealing should not go missed. Just this year, over 50 people have been killed while the protesting Venezuela’s current president and the socialist views he is implementing. A quarter of the country is unemployed and the countries inflation rate is close to 700 percent. There seems to be no signs of peace in the country and are dealing with a major human-rights crisis.

Comey is Set to testify in front of a senate committee next Thursday. The first session will be open but the second will be private so that classified information can be discussed. This is part of the Russian interference in the election and his firing by President Trump. The outcome will tell a lot and will be interesting if they subpoena Comey’s memos, which he keeps of all meeting. This could reveal a lot of information on individuals in office. We will not make any assumptions until the truth is found.

President Trump increased the pressure on the Senate Majority Leader Mitch McConnell to end the filibuster that is holding back Trump’s legislation. Trump is calling for Republican senators to do their part and support the legislation. Not surprising anyone, Trump turned to social media to express his loss of patience. We will see what is to come from Trump’s added pressure and if they are able to keep the never-ending drama from slowing the progress. 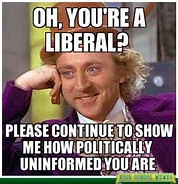 These are only a few of the headlines from this week. The stories covered here do not cover all the facts but gives you a starting point. Some of the topics will be covered in greater detail by BFT News. If a topic is not covered in greater detail and you want more of the story then feel free to send us a Tweet or post on our Facebook page. We can give you more of the truth and hear what you think about the topics.