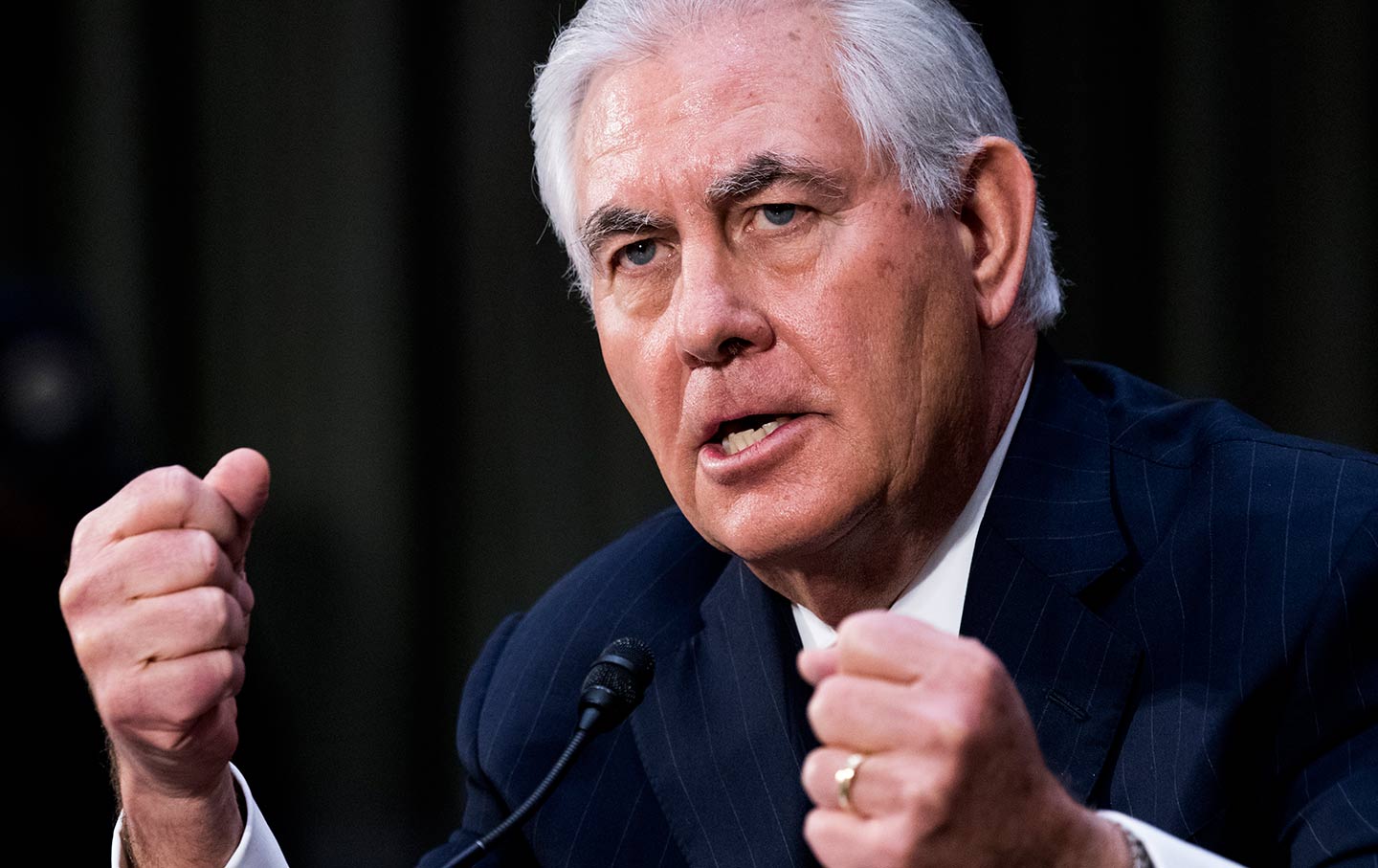 WASHINGTON (Reuters) – U.S. Secretary of State Rex Tillerson played down President Donald Trump’s incendiary warning to North Korea on Wednesday, saying he was just trying to send a strong message in language its leader would understand.

Tillerson, speaking to reporters before landing in Guam, a U.S.-held Pacific island that Pyongyang threatened to strike, said he does not believe there is an imminent threat from North Korea.

“I think Americans should sleep well at night, have no concerns about this particular rhetoric of the last few days,” he said.

Trump on Tuesday warned North Korea it would face “fire and fury” if it threatens the United States, prompting the nuclear-armed nation to say it was considering firing missiles at Guam.

“I think what the president was just reaffirming is that the United States has the capability to fully defend itself from any attack, and our allies, and we will do so,” Tillerson said.

The international community had a “pretty good week” with respect to North Korea, he said, citing new U.N. sanctions and strong statements coming out of a meeting of world leaders in Asia.

“In response to that, North Korea’s rhetoric is just ratcheted up, louder and louder and more threatening,” Tillerson told reporters. “So I think the president, what the president is doing is sending a strong message to North Korea in language that Kim Jong Un would understand, because he doesn’t seem to understand diplomatic language.”

The United States wanted to make clear it has the ability to defend itself and its allies, he said, and “avoid any miscalculation” by Pyongyang.

Just moments after Tillerson’s remarks were reported, Trump hammered home his tough talk in a Twitter post about U.S. nuclear weapons in what looked like another warning to North Korea. “My first order as President was to renovate and modernize our nuclear arsenal. It is now far stronger and more powerful than ever before,” he said.

North Korea has made no secret of plans to develop a nuclear-tipped missile able to strike the United States and has ignored international calls to halt its nuclear and missile programs.

Tillerson said he hoped international pressure, including engagement of China and Russia, can persuade North Korea to reconsider its nuclear ambitions and begin diplomatic dialogue.

He said he never considered dropping his stop in Guam.