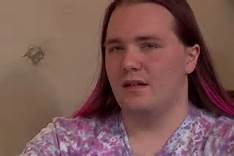 There’s a reason why the James Bond film Die Another Day failed. Besides the gadgets in the film, a cornerstone of the franchise, having capabilities that, frankly, pushed the bounds of believability. Another thing that pushed the bounds of realism was the fact that (spoilers) a Korean man could become a white English man by rubbing diamonds on his face. Okay—I might exaggerate a little bit, but that’s pretty much the story of the main antagonist. It’s absurd. Well, so is this Florida man, who thinks he’s Filipino (Via WKYC):

Riding in a flamboyant purple vehicle, Ja Du shows up to a coffee shop to open up about his new identity.

Ja Du, born a white male named Adam, now considers himself a Filipino. Turns out the purple ride he drives around in is called a Tuk Tuk, an Asian-derived vehicle used for public transit in the Philippines he says.

Ja Du is part of a small, but growing community of people who considers themselves transracial. It refers to someone born one race, but identifies with another.

Yeah, this is crazy. Sorry, there’s no need for any further commentary. Look up Rachel Dolezal. Yet, I will admit, it’s fun to watch liberals twists themselves into pretzels trying to defend this in the name of political correctness.