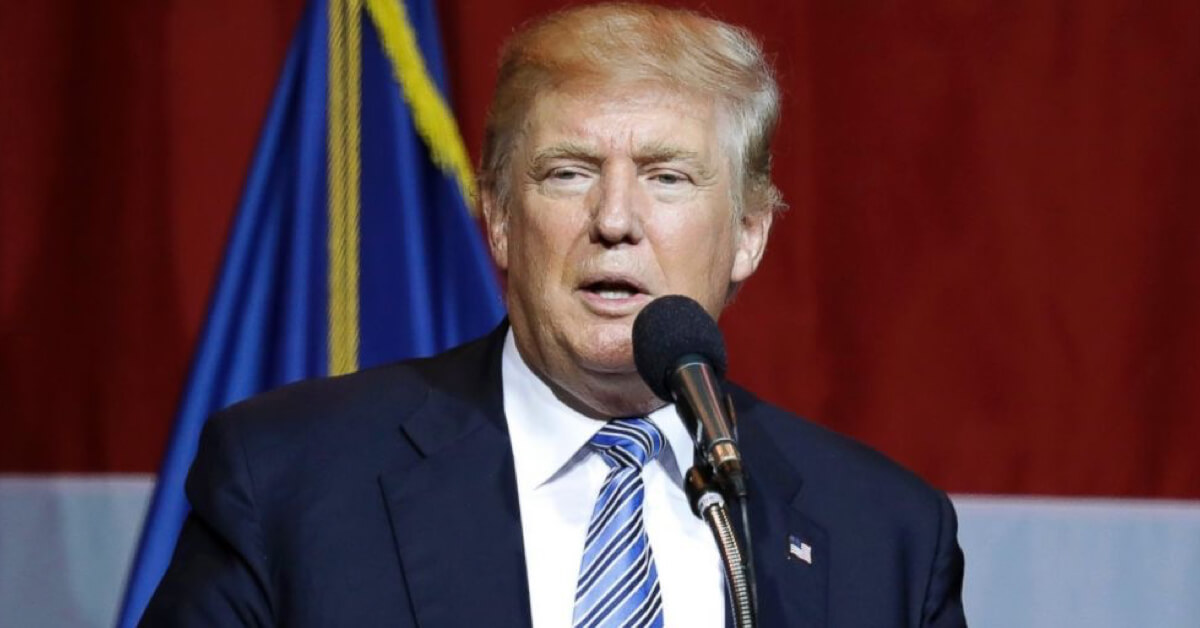 President Trump announced Wednesday morning on Twitter that transgender individuals will not be allowed to serve in the U.S. military.

“After consultation with my Generals and military experts, please be advised that the United States Government will not accept or allow transgender individuals to serve in any capacity in the U.S. Military,” he said. “Our military must be focused on decisive and overwhelming victory and cannot be burdened with the tremendous medical costs and disruption that transgender in the military would entail. Thank you.”

After consultation with my Generals and military experts, please be advised that the United States Government will not accept or allow……

….Transgender individuals to serve in any capacity in the U.S. Military. Our military must be focused on decisive and overwhelming…..

The decision marks a shift in military policy, as the Obama administration lifted the ban last year on allowing transgender troops to openly serve in the armed forces.

The Department of Defense policy also allowed service members who were changing their gender to receive coverage for “medically necessary care and treatment.”

“This is the right thing to do for our people and for the force,” former Defense Secretary Ash Carter said in announcing the policy. “We’re talking about talented Americans who are serving with distinction or who want the opportunity to serve. We can’t allow barriers unrelated to a person’s qualifications prevent us from recruiting and retaining those who can best accomplish the mission.”

Trump’s decision is a huge blow the LGBT community, which was just coming off a win after the surprising defeat of an amendment to the annual defense policy bill that would have banned Pentagon funding from being used for transition-related medical care.

But under the policy Carter crafted, transgender recruits weren’t allowed to enlist pending the end of a one-year implementation period.

That was supposed to end July 1. But the night before the change was to go into effect, Defense Secretary James Mattis issued a six-month delay in the policy to study the issue more.

In a memo explaining the delay, Mattis insisted that his decision does not “change policies and procedures currently in effect.”

Mattis also promised during his confirmation hearing that he wouldn’t reverse his predecessor’s decisions unless a service chief brings him hard evidence the policy is having a negative effect.

LGBT advocates were worried immediately after the election that Trump would roll back the transgender policy, which he has the power to do unilaterally since it is not a law.

They breathed a sigh of relief after Mattis’ confirmation hearing, but have since been fighting on issues such as the enlistment policy and medical care.

Earlier this month, the House voted 209-214 against banning Pentagon funding from being used for transition-related care. Twenty-four Republicans joined with Democrats to defeat the amendment to the annual defense policy bill.

Mattis opposed the amendment, confirming he called its sponsor, Rep. Vicky Hartzler (R-Mo.), at least once on the issue.

But some Republicans hoped to have a second chance, filing several similar amendments to the spending bill coming to the House floor Wednesday.

The Rules Committee finalized Tuesday night which amendments will get a vote on the House floor. None of the transgender-related amendments made it in. (The Hill)

What the decision means for the roughly 250 transgender individuals currently serving openly in the U.S. military remains to be seen.