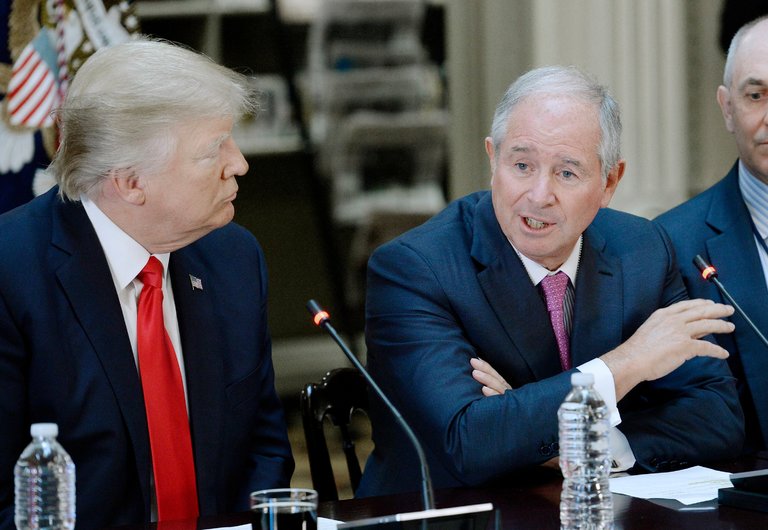 The confused disarray in the Trump administration continued on Wednesday when the President announced that his council of top corporate leaders will be dissolved effective immediately.

Trump announced this important news on his favorite venue Twitter, saying he would rather end his executive councils “than put pressure” on executives.

Rather than putting pressure on the businesspeople of the Manufacturing Council & Strategy & Policy Forum, I am ending both. Thank you all!

According to the New York Times, the dissolution of the president’s Strategic and Policy Forum occurred over a conference call headed by Stephen A. Schwarzman, the chief executive of the Blackstone Group. After debating how the council should proceed among the dozen CEOs present, they decided to abandon it entirely.

The council included Laurence D. Fink of BlackRock, Ginni Rometty of IBM, Rich Lesser of the Boston Consulting Group and Toby Cosgrove of the Cleveland Clinic, among others.

This does not mean anything significant regarding the Trump administration, since the council is “largely ceremonial” as a means to keep the President in rapport with the business community.

Reports allege the sudden break-up stemmed from conflict among the presiding CEOs regarding the President’s controversial statements following the Charlottesville terror attack at the hands of white nationalists over the weekend. As the Times report, “the councils have become politically charged entities, as the executives in the groups have routinely been asked to defend the president’s unpopular opinions and policies.”

When Trump said “putting pressure” on the council, he most likely meant the pressure put upon by outside forces regarding his political positions.