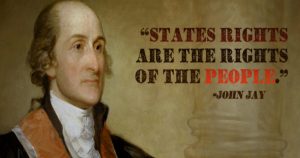 WASHINGTON, D.C. — President Donald Trump wrapped up infrastructure week at the Department of Transportation on Friday, highlighting his moves to reform what the White House called a “burdensome regulatory system that has left American infrastructure crumbling.”

Trump began his visit with a roundtable where state DOT heads described the hindrances that the current permitting process impose on their infrastructure projects. The heads of state Departments of Transportation, U.S. Department of Transportation leaders, and White House senior officials participated in the discussion along with hosts Transportation Sec. Elaine Chao and Interior Sec. Ryan Zinke.

Trump spoke of Thursday’s infrastructure summit at the White House which involved Secs. Chao and Zinke. They met with “state and local leaders to develop plans to replace America’s decaying infrastructure and to construct new roads, rails, pipelines, tunnels, and bridges all across our nation.”

We are here today to focus on solving one of the biggest obstacles to creating this new and desperately-needed infrastructure – and that is the painfully slow, costly and time-consuming process for getting permits and approvals to build. And I also knew that from the private sector. It is a long, slow, unnecessarily burdensome process.

My Administration is committed to ending these terrible delays once and for all.  The excruciating wait time for permitting has inflicted enormous financial pain on cities and states all throughout our nation – and has blocked many important projects from ever getting off the ground.

Trump added that the Dakota Access Pipeline was “dead 120 days ago and now it officially just opened for business.” He also noted excitement at the labor union representatives from the North American Building Trades Union and the Laborers International Union of North America that were present for the event. “You will play a central role in rebuilding America,” said Trump.

He gave examples of how belabored the process to building infrastructure has gotten:

It took only 4 years to build the Golden Gate Bridge and 5 years to build the Hoover Dam and less than one year to build the Empire State Building, people don’t believe that, took less than one year – but today it can take 10 years and far more than that just to get the approvals and permits needed to build a major infrastructure project. These charts beside me are actually a simplified version of our highway permitting process. It includes 16 different approvals involving 10 different federal agencies being governed by 26 different statutes.

Trump them spoke of a conversation that happened just 30-minutes prior, with a gentleman from Maryland and a project for an 18-mile road. “They spent $29 million dollars for an environmental report weighing 70 pounds and costing $24,000 per page,” said Trump who then moved to the side and showed the massive binders containing the report.

Why should we continue to accept what is so clearly unacceptable? Often times for consultants that are making a fortune because you can’t do anything without hiring them, paying them a tremendous amount of money. Having them write up this nonsense. You can’t get approvals.

“I was not elected to continue a failed system – I was elected to change it,” said Trump.

He assured stated and local leaders, “help is finally, after many, many decades, on its way,” pledging to give control, “back to the cities and the states.” Trump remarked that these governing bodies know best how to plan their communities, analyze their projects and protect their local environment.

He then announced a “new Council to help project managers navigate the bureaucratic maze.” The Council will create a new online dashboard to track major projects through the approval process and will “make sure that every federal agency that is consistently delaying projects by missing deadlines will face tough new penalties.”

The Administration is also forming a new office within the Council of Environmental Quality. Trump announced that this office will work to “root out inefficiency, clarify lines of authority, and streamline federal and state, local procedures so that communities can modernize their aging infrastructure without fear of outdated federal rules getting in the way.”

President Trump said this massive permit reform is so important, but “only the first step in renewing America’s roads, rails, runways, and rivers.”

He referred to his recent comments in Cincinnati, Ohio, speaking of his “new vision for American infrastructure will generate $1 trillion dollars in infrastructure investment.”

“State and local leaders will have more power to decide which projects get built, when they start and how they are funded,” said Trump. “And investors will have a much more predictable environment that encourages them to invest billions of dollars in capital that is currently stuck on the sidelines. Together we will build projects to inspire our youth, employ our workers and create true prosperity for our people.”