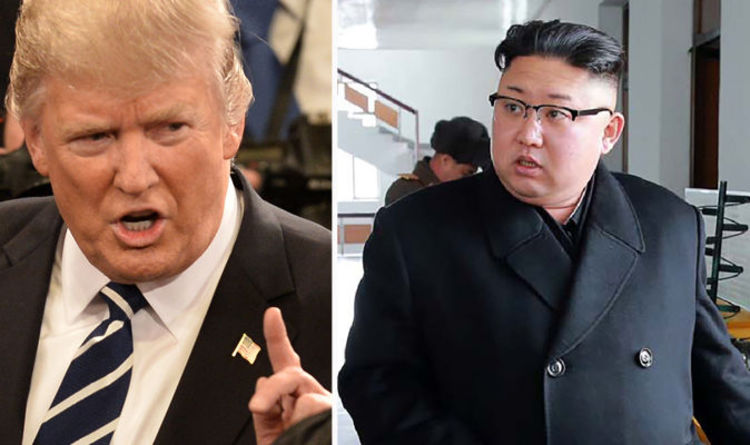 Mr. President: Now is your time to shine on the art of the deal.

President Trump’s change of course in dealing with North Korea (Rex Tillerson, notwithstanding) is a breath of fresh air. Rather than Kim Jung Un making the demands and us paying the ransom (as has been the case for the past three administrations), Trump is at least signaling he will dictate the demands and red lines.

Bullies, especially when they are really weaker than their opponent, only get away with bad behavior because they know their opponents will cater to it. The minute the obsequious behavior ends, it’s a new ballgame. Now, if only Trump could apply this same negotiation tactic to Democrats.

During the Obama era, we were always told that the president holds the bully pulpit, and therefore he holds all the cards in a budget brinkmanship. Republicans in Congress folded on every budget bill by telegraphing to Democrats a maniacal fear of a (partial) government shutdown. They capitulated on every debt ceiling because Democrats knew they bought into the fallacious talking point of default.

Now, President Trump holds all the cards. Much like with North Korea where Trump recognizes America is the bigger power and doesn’t need to give in to its ransom demands, he must show the Democrats he’s not afraid of their threats of a shut deal or default.

Unfortunately, he continues to send mixed signals, negotiates with Democrats as if he’s scared of a shutdown, and has top administration officials who are not only declining to fight the debt but are actually demanding conservatives in Congress capitulate to Democrats on raising the debt ceiling without any reforms.

The Trump administration is reportedly asking Democrats for more border funding in return for giving them more non-defense discretionary spending for their favorite programs rather than actually cutting them, as laid out in Trump’s budget blueprint. I believe this is a mistake and more in line with the way Clinton negotiated with Kim Jong Il than the way Trump has been acting toward his son.

Trump needs to make it very clear that he does not fear a government shutdown. And, indeed, such an outcome will actually give him an opportunity to demonstrate in real time which elements of government are essential, further buttressing the case for the discretionary spending cuts in his budget proposal. Next, he needs to make it clear that he should get the border funding for free.

The border wall is the law of the land and has been for quite some time. Congress has a responsibility to fund it.

Further, Trump should make a list of demands and red lines for which he would veto any proposal in violation of those core items. He must demand that refugee resettlement and visas from the six selected countries be defunded in order to end the circus with judicial meddling in our sovereignty. He must make a specific baseline for spending cuts that must be fulfilled in the budget.

And no, he should not have to increase non-defense spending in order to rebuild the military. Given the situation in North Korea and the need to rebuild our military and improve our missile defense capabilities, this is not Trump’s personal pet project — this is America’s imperative.

Trump already capitulated in April; now is the time to change course. Obama made similar demands when he didn’t even have control of Congress … and he won every time. Now Democrats control nothing. It’s time to make Democrats fear brinkmanship more than Republicans do, and Trump has the ultimate bully pulpit to make that happen. But as is the case with almost every policy, he continues to appoint aides and Cabinet members who don’t share his instincts and campaign promises.

He should demand true health care reform – if not repeal of Obamacare, then wholesale reform on the supply side. There are many solid ideas to cut out the insurance cartel and directly address the key driver of health care costs. Health care is the single biggest driver of debt and it’s indefensible to continue raising the debt ceiling so we can line the insurance companies’ pockets with the mortgages of our grandchildren.

Let’s do it, Mr. President. Now is your time to shine on the art of the deal. As you wrote in the book, “The worst thing you can possibly do in a deal is seem desperate to make it. That makes the other guy smell blood, and then you’re dead.”

You seem to understand this with regards to North Korea. It shouldn’t be hard to apply this principle to those politicians running around with activists who wear pink hats.