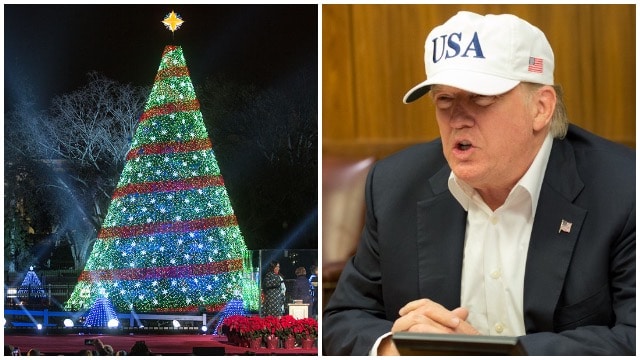 President Trump wants to make himself crystal clear: Americans will start saying ‘Merry Christmas’ again without being burdened by the PC police. Watch below as he openly reminds the nation that Christmas is about the birth of Jesus Christ.

President Donald Trump reminded everyone in the nation during the White House tree lighting that Jesus is the reason for the Christmas season.

As recorded on The White House website, the lighting ceremony took place on Nov. 30.

President Trump carried on White House tradition and spoke at the ceremony. Without hesitation or embarrassment, he took the stage and immediately began to recall the Christmas story.