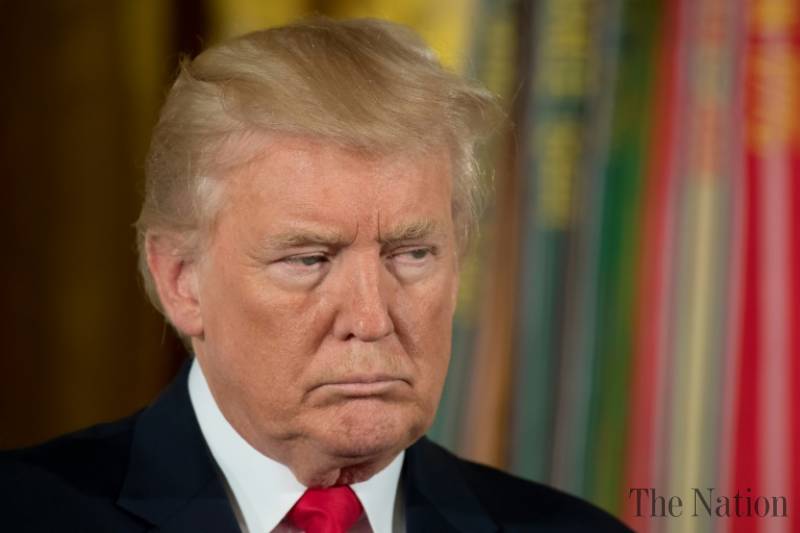 President Donald Trump signed a sweeping sanctions bill Wednesday that is intended to punish Russia for interfering in the 2016 presidential election.

In doing so, Trump criticized the legislation as “seriously flawed—particularly because it encroaches on the executive branch’s authority to negotiate.”

“Congress could not even negotiate a health care bill after seven years of talking. By limiting the executive’s flexibility, this bill makes it harder for the United States to strike good deals for the American people, and will drive China, Russia, and North Korea much closer together,” Trump said in a prepared statement. “The Framers of our Constitution put foreign affairs in the hands of the president. This bill will prove the wisdom of that choice.”

The new law limits Trump’s autonomy with respect to Russia policy in a provision that requires congressional approval for any revisions.  Bipartisan support in Congress ensured a veto-proof majority, effectively forcing Trump to abandon his conciliatory approach toward Russia by signing the legislation.

The law, which also levies sanctions against North Korea and Iran, targets Russia’s energy sector by granting Congress the authority to sanction individual investors in Russia’s oil export pipelines. This measure has drawn significant criticism from European investors in a pipeline project, known as Nord Stream 2, that would transport Russian oil to Germany.

The legislation also brings new sanctions against Russia’s defense and intelligence sectors in an effort to obstruct weapons exports.

The Trump administration initially objected to the constraint on executive power, making it unclear whether the president would cooperate.

“The action by the Congress to put these sanctions in place and the way they did, neither the president nor I are very happy about that,” Secretary of State Rex Tillerson told reporters during a press briefing Tuesday at the State Department.

Vice President Mike Pence said Monday that Trump would sign the bill, almost one week after it cleared Congress by a wide margin.