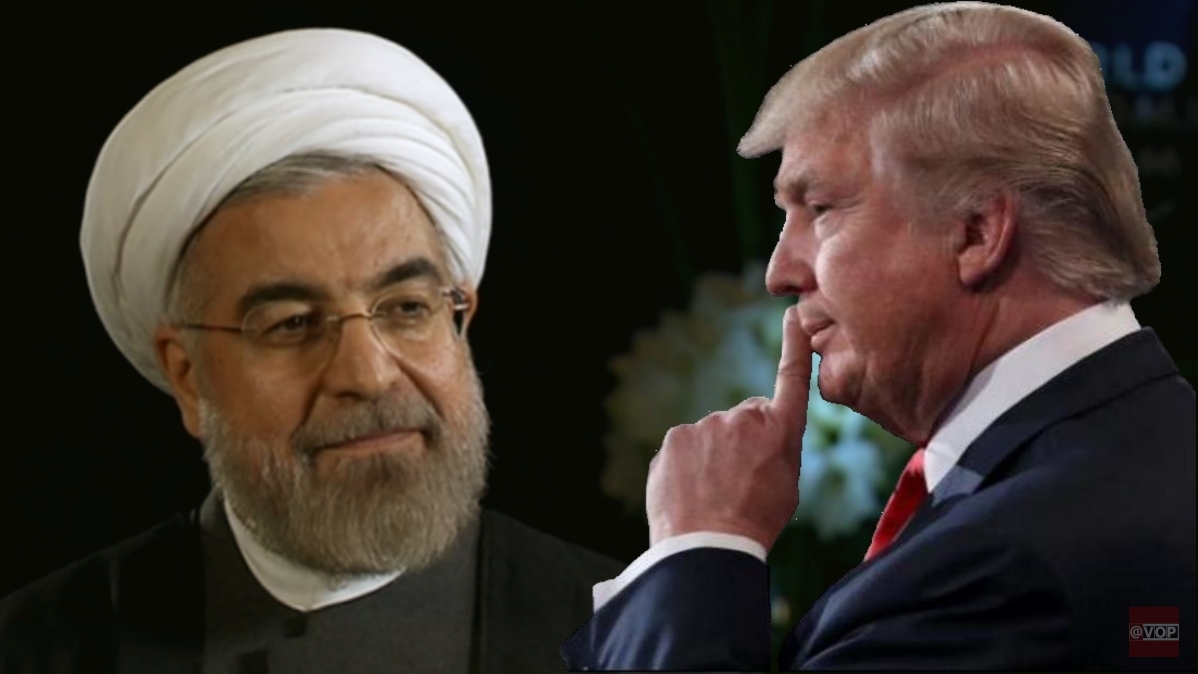 WASHINGTON (Reuters) — President Donald Trump is weighing a strategy that could allow more aggressive U.S. responses to Iran‘s forces, its Shi’ite Muslim proxies in Iraq and Syria, and its support for militant groups, according to six current and former U.S. officials.

The proposal was prepared by Defense Secretary Jim Mattis, Secretary of State Rex Tillerson, national security adviser H.R. McMaster, and other top officials, and presented to Trump at a National Security Council meeting on Friday, the sources said.

It could be agreed and made public before the end of September, two of the sources said. All of the sources are familiar with the draft and requested anonymity because Trump has yet to act on it.

In contrast to detailed instructions handed down by President Barack Obama and some of his predecessors, Trump is expected to set broad strategic objectives and goals for U.S. policy but leave it to U.S. military commanders, diplomats, and other U.S. officials to implement the plan, said a senior administration official.

“Whatever we end up with, we want to implement with allies to the greatest extent possible,” the official added.

The plan is intended to increase the pressure on Tehran to curb its ballistic missile programs and support for militants, several sources said.

“I would call it a broad strategy for the range of Iranian malign activities: financial materials, support for terror, destabilization in the region, especially Syria and Iraq and Yemen,” said another senior administration official.

The proposal also targets cyber espionage and other activity and potentially nuclear proliferation, the official said.

The administration is still debating a new stance on a 2015 agreement, sealed by Obama, to curb Iran‘s nuclear weapons program. The draft urges consideration of tougher economic sanctions if Iran violates the 2015 agreement.

The proposal includes more aggressive U.S. interceptions of Iranian arms shipments such as those to Houthi rebels in Yemen and Palestinian groups in Gaza and Egypt’s Sinai, a current official and a knowledgeable former U.S. official said.

The plan also recommends the United States react more aggressively in Bahrain, whose Sunni Muslim monarchy has been suppressing majority Shi’ites, who are demanding reforms, the sources said.

U.S. ships have fired flares and warning shots to drive off IRGC boats that made what were viewed as threatening approaches after refusing to heed radio warnings in the passageway for 35 percent of the world’s seaborne petroleum exports.

U.S. commanders now are permitted to open fire only when they think their vessels and the lives of their crews are endangered. The sources offered no details of the proposed changes in the rules, which are classified.

The plan does not include an escalation of U.S. military activity in Syria and Iraq. Trump’s national security aides argued that a more muscular military response to Iranian proxies in Syria and Iraq would complicate the U.S.-led fight against Islamic State, which they argued should remain the top priority, four of the sources said.

Mattis and McMaster, as well as the heads of the U.S. Central Command and U.S. Special Forces Command, have opposed allowing U.S. commanders in Syria and Iraq to react more forcefully to provocations by the IRGC, Hezbollah, and other Iranian-backed Shi’ite militias, the four sources said.

The advisers are concerned that more permissive rules of engagement would divert U.S. forces from defeating the remnants of Islamic State, they said.

Moreover, looser rules could embroil the United States in a conflict with Iran while U.S. forces remain overstretched, and Trump has authorized a small troop increase for Afghanistan, said one senior administration official.

A former U.S. official said Hezbollah and Iranian-backed Shi’ite militias in Iraq have been “very helpful” in recapturing vast swaths of the caliphate that Islamic State declared in Syria and Iraq in 2014.

U.S. troops supporting Kurdish and Sunni Arab fighters battling Islamic State in Syria have been wrestling with how to respond to hostile actions by Iranian-backed forces.

In some of the most notable cases, U.S. aircraft shot down two Iranian-made drones in June. Both were justified as defensive acts narrowly tailored to halt an imminent threat on the ground.

Trump’s opposition to the 2015 Iran nuclear deal, known as the Joint Comprehensive Plan of Action (JCPOA), poses a dilemma for policymakers.

Most of his national security aides favor remaining in the pact, as do U.S. allies Israel and Saudi Arabia despite their reservations about Iran‘s adherence to the agreement, said U.S. officials involved in the discussions.

“The main issue for us was to get the president not to discard the JCPOA. But he had very strong feelings, backed by [U.S. Ambassador to the United Nations] Nikki Haley, that they should be more aggressive with Iran,” one of the two U.S. officials said. “Almost all the strategies presented to him were ones that tried to preserve the JCPOA but lean forward on these other [issues].”