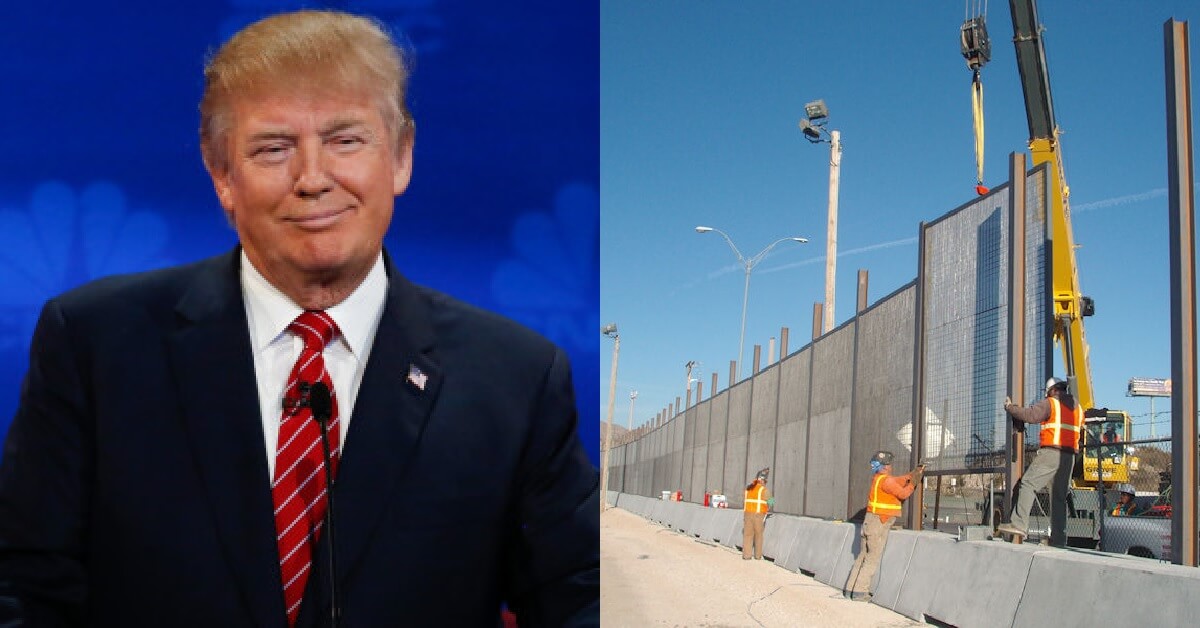 President Trump tweeted Wednesday evening about a positive development regarding his campaign pledge to build a wall across the U.S.-Mexico border: A House Appropriations Committee bill that was introduced Tuesday, which allocates $1.6 billion to begin construction.

“Big WIN today for building the wall. It will secure the border & save lives. Now the full House & Senate must act!” he tweeted along with a link to a White House blog post about the legislation.

Big WIN today for building the wall. It will secure the border & save lives. Now the full House & Senate must act! ➡️https://t.co/TTg7lvBdo2 pic.twitter.com/xhiknXko70

Of the $13.8 billion allocated to customs and border protection, $1.6 billion is for the wall, $100 million will go toward hiring 500 additional Border Patrol agents, $106 million for aircraft and sensors, $131 million for new technology, and $109 million for “non-intrusive inspection equipment.”

Earlier in the day, DHS spokesman David Lapan said that the requested funding would be crucial to moving the project beyond current repairs, replacements and prototype projects.

“On the DHS side it’s clear that we’ve gotten a direction to secure the southern border, that a wall and barrier is part of that process along with people and technology and that funding from Congress is required for us to move forward on that,” he said.

Conservative lawmakers in recent days had begun warning that they would pull their votes from a budget and spending plan that failed to fund the wall. (The Hill)

It should be noted, however, that the FY 2018 funding bill for the Department of Homeland Security negates that Mexico pay for the construction of a wall, as Trump also promised.