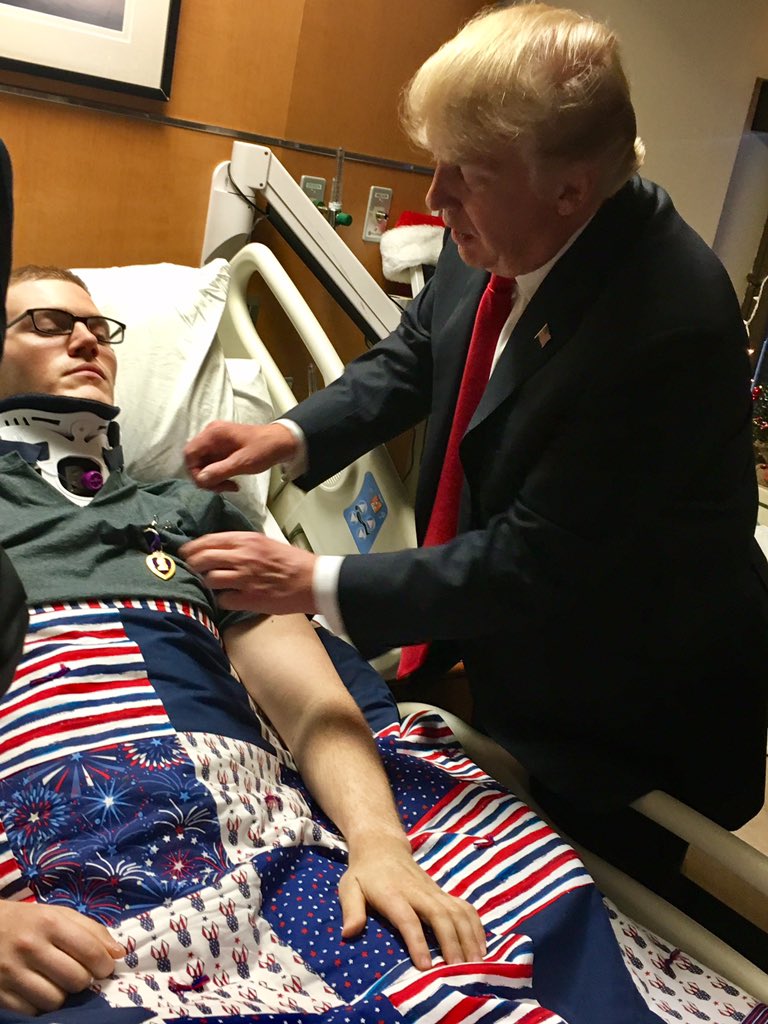 Here’s a story you won’t see in the liberal media. President Trump visited wounded American veterans at Walter Reed Hospital this week and even brought a Purple Heart for one of them. Trump did this quietly and with no fanfare because it wasn’t just a photo-op for him. He really cares about the brave men and women who serve.

The Daily Caller called this one of the most powerful images of Trump’s presidency so far:

There were no official events on President Trump’s White House schedule Thursday. Many assumed that was in order to have leverage to orchestrate the signing of the Republican tax bill.