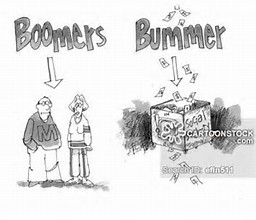 The small city of Cuenca, Ecuador is struggling to address a growing wave of American “Baby Boomers” who have decided to retire there to take advantage of a socialist welfare state designed for its locals.

In a report this week, the Miami Herald highlights the blissful existence of upper-class white American migrants who have flocked to Cuenca, attracted by retiree blogs and news sites that emphasize the appeal of its temperate weather and inexpensive healthcare and real estate.

“In Cuenca, a city of about 350,000 people, they’ve found robust public transportation, an extensive museum network, solid healthcare and markets bursting with fresh fruits and produce,” the Herald notes. “It’s a place where their two-bedroom, two-and-a-half bath apartment costs less than $400 a month. They’ve found that for about $1,500 a month, they can live a solidly upper-class lifestyle, dining out frequently and traveling.” The newspaper notes that a bus ride for seniors costs $0.12, and medical procedures are orders of magnitude cheaper than they would be at home.

The city commissioned a study on its foreign population in February 2017 that identified the majority of these new Cuencans as “‘baby boomers’ who began retiring in 2010 and… 4 percent of this population, estimated at 78 million, is planning to retire abroad.” North American countries – mostly the U.S. and Canada – make up 93 percent of Cuenca’s foreign population.

Cuenca’s “boomers” are more likely to have been professors before retirement than any other occupations, with “executives” coming in second place. The study delicately notes that many of these individuals “are not interested in being part of a new culture, and are more interested in that the city and its people respond to their needs and demands.”

Paramount among the city’s concerns is that many Americans are demanding Cuencans speak English and creating English-speaking neighborhoods within the city. “There is a large group for which learning a language is outside of their interests and, faced with the frustration of not being able to communicate, express annoyance with Cuencans who do not tend to their demands in English,” the study reads, adding that the city has invested in Spanish and idiomatic dictionaries for the new residents, but this has not solved the problem.

Boomers are also annoyed by “the ‘slowness’ of service” in Ecuador compared to the United States, and the common use of verbal or informal contracts. “Cases have been reported in which retired foreigners suggest a lawsuit against those who have not completed a previously agreed upon work,” the report notes.

In addition to cultural tensions, the study notes that 65 percent of the native Cuencan population is under 35, and many are frustrated that they must pay taxes and invest in the welfare state that foreign retiree migrants are now abusing.

The Herald story, which cites some findings from this study, is the latest trend piece on Cuenca in a crowded genre. The Cuenca study followed years of anecdotal journalism noting the idiosyncratic Boomer wave moving south. The city of Cuenca, in a study published in February, found its foreign population grew 173 percent between 2001 and 2010. By 2012, outlets like the BBC were calling it an American “promised land.” That article traced the Cuenca viral sensation among retiree migrants back to an article on the website Gringo Tree, which in turn noted that the wave of thousands of American ex-pats hitting the city followed the 2009 publication of an article in International Living that described the city as “the top destination in the world to retire.”

At the time, Cuenca’s International Relations Director Dani Jara appeared pleased by the new influx of high spenders to her city. She told BBC, “Tourism we promote, one creates strategies for the medium and long term. But in the case of a migratory phenomenon, that is due to the city conditions. Cuenca has grown throughout its history into a city where one can live well.”

By 2013, Cuenca Mayor Paul Granda was describing the mass migrant wave as “a little complicated for us.” “The city is less accessible to Ecuadorians” due to the wealthy Americans flocking there, he argued to ABC News, noting that average prices of basic goods had increased 40 to 50 percent.

Two years later, Ecuador’s Secretary of the Vice Ministry of Human Mobility was warning of wealthy American “ghettos” threatening the character of Cuenca. “There should not be ghettos forming in zones where Americans live, versus those who live permanently in these places,” Humberto Cordero said. The migration, he urged, “must be regulated.”

Cuenca’s American invasion was not regulated, in part because local businesses and real estate owners preferred selling and renting to Americans. “They care for their spaces and pay what is fair,” Cuencan homeowner María Torres told Ecuador’s El Comercio newspaper last year. She noted that their comfortable economic status and lack of children made for quiet, reliable tenants.

The government has nonetheless continued to express concern over American migrants overrunning the city. New International Relations Director Ana Paulina Crespo told the Herald in this week’s column that “Cuencanos are feeling like strangers in their own city” and emphasized, “Cuenca never wanted to attract retirees… we’re facing lots of problems over how to deal with a phenomenon that we aren’t responsible for creating.”