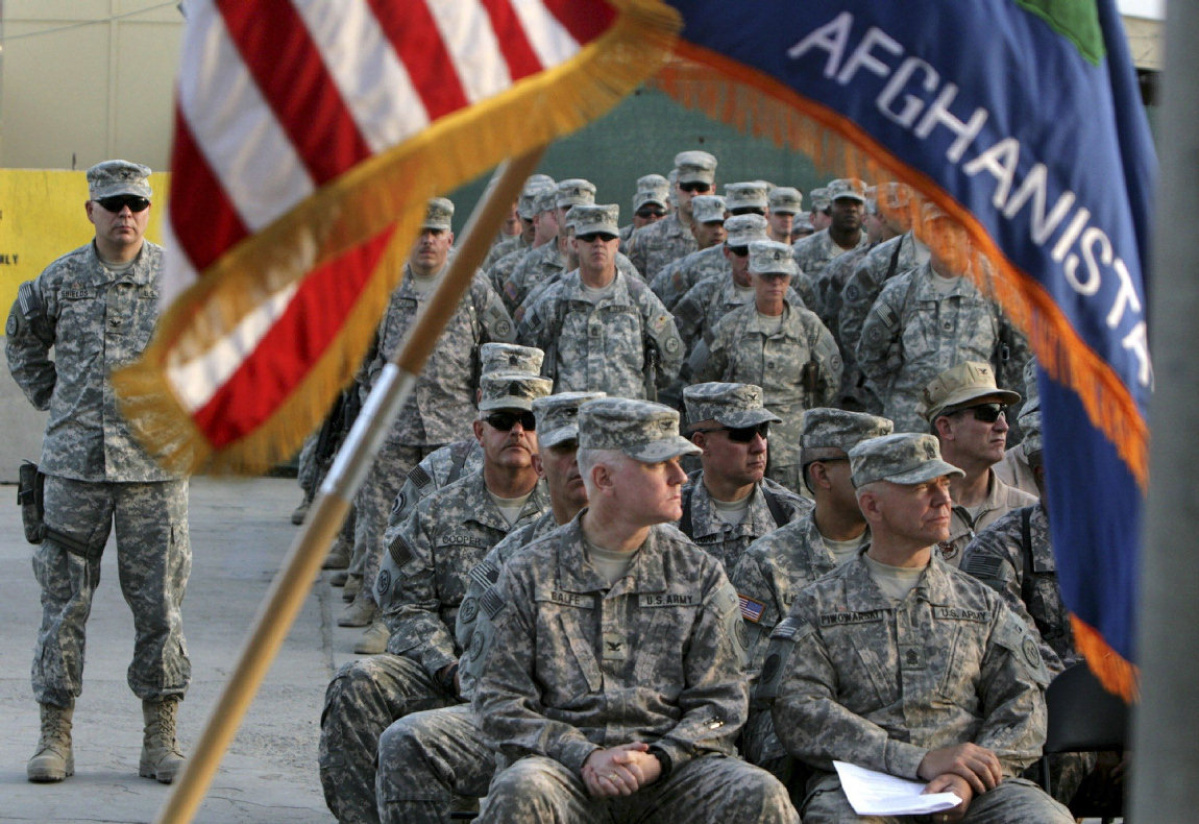 NATO-backed Afghan forces will continue operations against the Taliban until the Islamic group surrenders its arms and yields to the internationally recognized government, headed by President Ashraf Ghani, a U.S. military official said.

“The people of Afghanistan want and deserve peace, and peace will come to Afghanistan when the Taliban lay down their weapons, renounce violence, and reconcile with the National Unity Government,” Navy Capt. William Salvin, a spokesman for the NATO-led Resolute Support mission in Afghanistan, told the Washington Free Beacon.

The remarks were in response to renewed calls by the Afghan Taliban urging the Trump administration to withdraw troops from the country.

In an open letter addressed last week to President Donald Trump, Taliban spokesman Zabihullah Mujahid said Trump recognized the errors of his predecessors by ordering a review of U.S. strategy in the region.

Mujahid warned Trump against heeding the advice of the military, which supports the deployment of additional troops to Afghanistan, and instead recommended the administration pursue a “complete withdrawal.”

The note, 1,600 words in all, said a withdrawal will “truly deliver American troops from harm’s way” and “will bring to an end an inherited war by rectifying the mistakes of former American officials.”

The United States currently maintains an estimated 8,400 troops in Afghanistan, most of whom are assigned to the 13,000-strong NATO force tasked with training and advising Afghan forces. Some 2,000 American soldiers carry out counterterrorism operations alongside Afghan troops to combat terrorist groups, including the Taliban and Islamic State.

After a months-long policy review, Trump will reveal an updated strategy proposal for the 16-year war Monday night.

With Taliban forces resurging across the country and the war at a stalemate, Trump is expected to approve additional U.S. forces to expand the military’s train, advise, and assist mission alongside Afghan troops.

White House national security adviser H.R. McMaster, along with many others in the Pentagon, have supported Army Gen. John Nicholson’s request for up to 4,000 additional U.S. forces in Afghanistan. Defense Secretary Jim Mattis received the authority in June to deploy those troops, but he held off on a decision until the president delivered a broader strategy proposal.

The White House released a statement Sunday night that Trump will address the armed services and general public “to provide an update on the path forward for America’s engagement in Afghanistan and South Asia.”