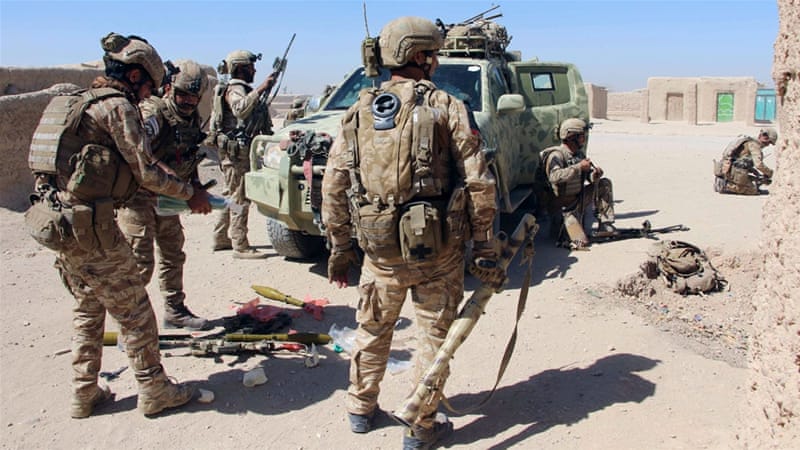 Mattis: ‘Make no mistake, this is combat duty, but the Afghan forces remain in the lead’

Defense Secretary James Mattis said Tuesday the Pentagon’s new strategy on Afghanistan will bring U.S. troops closer to the front lines to fight alongside government forces in an effort to force the Taliban into peace negotiations.

“The fighting will continue to be carried out by our Afghan partners, but our advisers will accompany tactical units to advise and assist and bring NATO fire support to bear when needed,” Mattis testified before the Senate Armed Services Committee. “Make no mistake, this is combat duty, but the Afghan forces remain in the lead to do the fighting.”

The strategy is a significant divergence from the policy pursued by the Obama administration, which limited the participation of U.S. troops in offensive operations and barred American presence on the front lines.

To accommodate the shift, the Pentagon will deploy 3,000 additional troops in the coming months to join Afghan units that do not currently have U.S. advisers. Mattis said the new deployments will enable the NATO-led mission to reinforce training and advisory support at the battalion and brigade levels and to provide them with enhanced coalition air support.

The additional troops will bring the total number of publicly recognized American combat forces in Afghanistan to 14,000, alongside 6,800 troops from NATO and coalition forces, and 320,000 Afghan National Security Forces.

Mattis said the troop level breakdown demonstrates Afghan forces remain in charge of the fight and that the U.S. military is “supporting them, not supplanting or substituting our troops for theirs.”

Mattis said additional U.S. and NATO airpower striking the Taliban will also make Afghan troops more capable in combat by ensuring government forces maintain the “high ground.” This will enable Afghan forces “to take the fight to the enemy,” rather than being cornered into defensive positions, he said.

“We intend to drive fence-sitters and those who will see that we are not quitting this fight to reconcile with the Afghan national government,” Mattis testified. “Our goal is a stabilized Afghanistan achieved by an Afghan-led, Afghan-owned peace process.”

President Donald Trump outlined his new Afghanistan strategy in August, which he said would end a year-long stalemate in the nation’s longest war. But Armed Services Committee Chairman Sen. John McCain (R., Ariz.) criticized the administration for failing to provide lawmakers with detailed information about the plan.

“In the six weeks since the president made his announcement, this committee and the Congress, more broadly, still does not know many of the crucial details of this strategy,” McCain said in opening testimony. “This is totally unacceptable.”

“We want to be your partners, but this committee will not be a rubber stamp for any policy or president. We must be well-informed. We must be convinced of the merits of the administration’s actions. And unfortunately, we still have far more questions than answers about this new strategy,” he continued.

In prepared testimony, Mattis said the administration’s new conditions-based approach will be represented by the acronym R4+S, which pursues a regionalized strategy to account for involvement by neighboring countries such as Pakistan, India, and Iran, realigns the military effort to provide more U.S. advisers to lower levels of Afghan units, reinforces Afghan offensive operations with additional U.S. troops, aims to force the Taliban into reconciliation talks with the government, and sustains Afghan forces.

“It is time for the Taliban to recognize they cannot kill their way to power, nor can they provide refuge or support to transnational terrorists who intend to do us harm,” Mattis said.