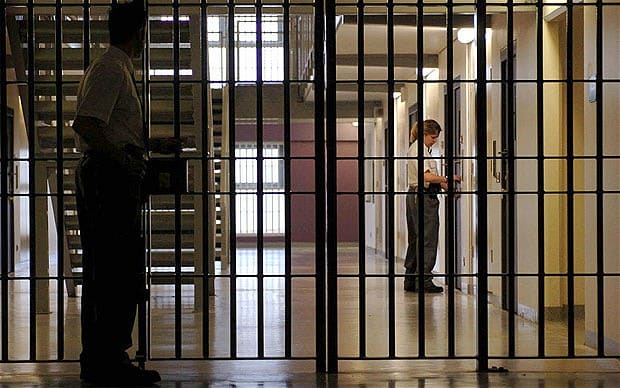 The United Kingdom is responding to its severe terror threat with a proposal of lengthy jail sentences for anyone who views “terrorist content” online.

Specifically, sentences of 15 years in prison for such an offense.

But what might constitute terrorist content? According to British Home Secretary Amber Rudd, that concept includes “far-right propaganda.”

“I want to make sure those who view despicable terrorist content online, including jihadi websites, far-right propaganda and bomb-making instructions, face the full force of the law,” Rudd said in a statement Tuesday.

That statement sends a clear message the British government will use a bill supposedly designed to curtail terrorism as the pretext to shut down speech it doesn’t like. But we shouldn’t be surprised by this idea — restricting internet freedom has been the most popular proposal among British politicians in reaction to recent terror attacks.

British Prime Minister Theresa May proposed this in response to the Manchester bombings and London stabbings, making it a core pitch of hers during the parliamentary elections in June. Instead of trying to restrict immigration from areas known for Islamic extremism, British leaders would rather curb the freedom of their own citizens.

It is undoubtedly true that the internet is providing a fertile recruiting ground for Islamic extremists. But that doesn’t justify using the “full force of the law” against people criticizing Islamic extremism.

Considering the track record of British government and how it handles speech on the internet, it is likely that “far-right propaganda” will be the most affected by a law criminalizing viewing extremist content.

Pretty much after every terror attack in the UK, police show more zeal in arresting “Islamophobes” than they do for jihadis. After a British soldier was beheaded in broad daylight by radical Muslims In 2013, law enforcement arrested several people over Facebook posts criticizing Islam.

After the Manchester bombing, conservative commentator Katie Hopkins was reported to and investigated by London police for a tweet calling for British men to take action against terrorists.

Throughout Europe, hate speech is a serious charge that is used pretty much entirely against right-wing dissidents.

It’s not hard to see what the bureaucrats of the U.K. will do if they had the power to sentence anyone who viewed bad content on the internet to several years in jail. Making or viewing “far-right propaganda” as one of the criteria for the offense offers up numerous possibilities.

Would reading Breitbart fall under that category? Publishing Winston Churchill’s thoughts on Islam? Or how about purchasing a collection of Rudyard Kipling poems?

It’s doubtful that this law will have any effect of curtailing terror on the island, especially when former ISIS militants are returning to the U.K. in droves and leftists want them welcomed with open arms. Censoring the internet will most negatively affect the people wanting to stop the threat of radical Islam and give more unnecessary power to left-wing bureaucrats to determine public discourse.

In America, we thankfully still have the protection of the First Amendment. Britons don’t have the same protection, and if Theresa May’s cabinet gets its way, they’re going to lose even more freedom than they had before.