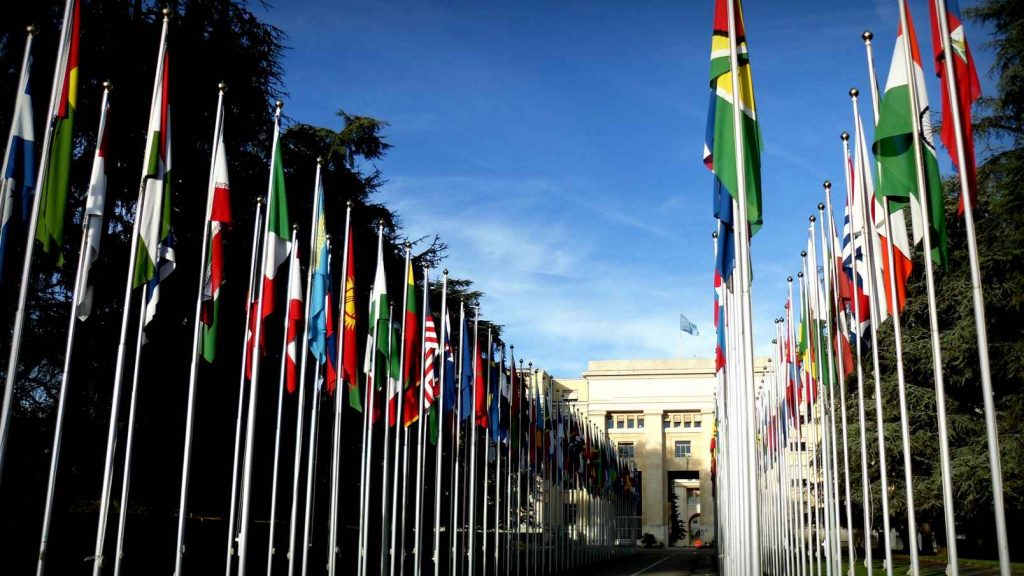 The United States currently pays a mandated assessment of 22% of the United Nations’ “regular” budget and about 28.5% of its peacekeeping budget. Together, the mandated assessments the U.S. pays add up to over $3 billion annually. Moreover, the U.S. has contributed billions of dollars in voluntary donations to various UN agencies and programs, such as the UN Development Program (UNDP), UN Children’s Fund (UNICEF), and the office of the UN High Commissioner for Refugees (UNHCR). There are also multiple flash humanitarian appeals to which the U.S. has regularly donated. In total, during 2016, the last full year of the Obama presidency, the U.S. contributed more than $10 billion to the UN system. President Trump has pledged to impose more stringent controls over what the U.S. spends on the UN, demanding value for the many dollars American taxpayers pour down the UN money pit. He is starting to achieve some tangible results.

When United States Ambassador to the United Nations Nikki Haley delivered her remarks ahead of the shameful UN General Assembly vote last week condemning President Trump’s decision to recognize Jerusalem as the capital of Israel and to move the U.S. embassy in Tel Aviv to Jerusalem, she issued a stark warning. “The United States will remember this day in which it was singled out for attack in the General Assembly for the very act of exercising our right as a sovereign nation,” Ambassador Haley said. “We will remember it when we are called upon to once again make the world’s largest contribution to the United Nations.”

It took just a few days for the Trump administration to use its financial leverage at the UN to push through a reduction of over $285 million off the UN’s 2016-2017 final regular budget, which funds the UN system’s day-to-day administrative costs and some programs. This is on top of the more than $500 million reduction negotiated by the United States last June in the separate peacekeeping budget of $6.8 billion for the 2017-2018 peacekeeping budget cycle.

The latest reduction in the UN’s regular budget is moving the ball in the right direction, with cuts to low-hanging fruit such as travel expenses, consultant fees and costly leases. However, considering that the 2018-2019 regular budget agreed to on Christmas Eve still comes to $5.4 billion, and that the UN’s staff (not counting peacekeepers) has doubled in size from the year 2000 through 2016 while the regular budget (not adjusted for inflation) has risen approximately 119 percent during that same period, there is obviously much more work to be done.

“The inefficiency and overspending of the United Nations are well known,” Ambassador Haley noted in her statement issued by the U.S. Mission to the UN following the budget vote. “We will no longer let the generosity of the American people be taken advantage of or remain unchecked.” In future negotiations, she added, “you can be sure we’ll continue to look at ways to increase the U.N.’s efficiency while protecting our interests.”

The mandatory portion of UN funding is for all intents and purposes based on the socialist formula of “from each according to his ability, to each according to his need.” The starting point is to calculate each member state’s mandatory budget assessments based on the proportion of each member state’s gross national product in comparison to the global gross national product. However, that is only the starting point. Many “less developed” nations’ assessments are then adjusted downward through manipulative concessions such as a debt burden discount and a low per capita income discount. Wealthier nations find themselves having to make up the shortfalls.

Even with the reductions just negotiated for the 2018-2019 regular budget cycle, the U.S’s assessed contribution to the regular UN budget alone will drain nearly $1.2 billion from American taxpayers’ pockets over the next two years. While the United States has one of the five permanent seats on the Security Council with veto power, it has only one vote out of 193 member states in the General Assembly. Hence the lopsided vote last week against the Trump administration’s position on Jerusalem. And that anti-U.S. vote was not an aberration. According to a 2016 paper issued by the Heritage Foundation, “Over the past 10 U.N. General Assembly sessions, about 82 percent of the recipients of U.S. development aid have voted against the U.S. most of the time on overall non-consensus votes, and 69 percent have voted against the U.S. most of the time on non-consensus votes deemed important by the Department of State.”

It has been estimated that the U.S.’s assessment for funding of the UN’s regular budget is more than that of 176 other UN member states combined. The 56 member states of the Organization of Islamic Cooperation are estimated to have constituted approximately 8.6% of global production in 2015. However, they only paid 5.6% of the UN’s regular budget and 2.4% of the UN’s peacekeeping budget. Yet they have a disproportionate influence on agenda items of the General Assembly and the UN Human Rights Council, particularly when it comes to using these forums to delegitimize and demonize Israel. Their dominance comes thanks to their enormous voting bloc of 56 Muslim member states who usually vote in unison. They often bring with them their non-democratic, often leftist, friends in Latin America, Asia and Africa, as well as at times Western European countries trying to prove their “anti-colonial,” “anti-Islamophobic” credentials.

Globalists not surprisingly are upset over the latest UN budget cuts. They liked the days when prior U.S. administrations continued to pour billions down the UN sinkhole while allowing the U.S. to serve as a punching bag for the UN’s many free-riders. For example, Stewart Patrick, a senior fellow at the Council on Foreign Relations, was quoted by the New York Times as having said after the General Assembly Jerusalem vote last Thursday, “The hallmark of this administration is not paying attention to the benefits that the United States actually gets in a rule-bound system with international institutions.” He added, “This is not something we can treat in a purely transactional way.”

Despite scandal after devastating scandal, ranging from rampant corruption and out-of-control, unaccountable spending to sexual exploitation of women and girls by UN peacekeepers, the United Nations is still regarded by globalists as the most legitimate arbiter of international norms. Prior U.S. administrations, particularly the Obama administration, enthusiastically embraced the UN. What UN lovers refuse to acknowledge or simply fail to understand, however, is that an insular culture of moral superiority, entitlement and cronyism has built up over the years within the United Nations’ bloated bureaucracy that has been resistant to any real accountability or reform. Way too much of the money the U.S. has contributed over the years to the UN was simply wasted on this bloated UN bureaucracy. Even more money has been wasted on the UN bureaucracy’s self-promotion at a myriad of global conferences and forums set up to address problems that it thinks only the United Nations has the capability and moral legitimacy to address, such as climate change. UN Secretary General António Guterres has proposed various reform initiatives, but so far little has really changed. Moreover, free-riders continue to exploit the UN to serve their perverted agendas.

The Trump administration is finally taking some concrete steps to put an end to the UN gravy train. Nevertheless, there are some more UN budget items that the Trump administration should put on the chopping block right away, starting with the largesse that the United States has dispensed on the Palestinians at the UN through its outsized contributions to the United Nations Relief and Works Agency for Palestinian Refugees (UNRWA). Since UNRWA’s establishment in 1948, the U.S. has spent approximately $5 billion propping up what was supposed to be an agency for temporary relief until the original refugees leaving Israel after it declared its independence could be resettled in neighboring countries. The United States is presently contributing more than $340 million a year to UNRWA. While the U.S. throws more good money after bad, UNRWA hires terrorists, teaches hate against Jews in the schools it runs, and perpetuates a permanent refugee status for millions of Palestinian descendants whom UNRWA would still consider refugees even after an independent Palestinian state is established within which they can live.

Unfortunately, earlier this year, Ambassador Haley signaled that the U.S. intends to maintain its current level of funding for UNRWA. That would be a big mistake, particularly after the Palestinian-led charge at the UN Security Council and General Assembly to embarrass the U.S.  Indeed, the Palestinian leadership has shown its ingratitude for America’s generosity by pressing for the UN Security Council and General Assembly Jerusalem resolutions, intended as a rebuke to President Trump’s decision to recognize Jerusalem as the capital of Israel and to move the U.S. embassy in Tel Aviv to Jerusalem. The Security Council draft resolution failed to pass because of the U.S. veto. But the Palestinians pressed ahead at the General Assembly. The Palestinian envoy to the UN, Riyad Mansour, threatened to unleash “all the weapons we have in the UN to defend ourselves, and we have a lot of weapons in the UN.”

It’s about time that Americans stop paying so much to subsidize the dysfunctional UNRWA, especially while the Palestinians turn around and threaten to use their “weapons in the UN” against the United States. The same goes for the United Nations as a whole. If it continues its wasteful ways and persists in serving as a costly platform to undermine U.S. national sovereignty, the $285 million budget reduction should become just a small taste of what is to come.