UPDATE: As of Monday, Wikileaks released its tenth batch of Podesta emails, which can be accessed here. **Newly added email topics will appear in bold-underscore, at the top of the bullet-point list featured below. This post will be updated regularly, so please check back. Readers are also welcome to send us emails or links for further investigation.

Conservative and independent bloggers, social media users and Trump supporters are likely doing their best to sift through and disseminate the information contained in these emails and it is easy to lose track. In order to simplify, we’ve compiled a brief roundup of the more damning subjects the Podesta email chain seem to broach.

-Podesta invited 30 reporters from the mainstream media to his house for a dinner party three days before Hillary announced her candidacy. He bragged to George Soros pal Neera Tanden about cooking for them. She replied, “GREAT plan.”

-Politico’s White House political correspondent/senior staff writer Glenn Thrush actually allowed his article to be proofed and edited by Podesta prior to publishing. To Podesta, Thrus wrote:”Because I have become a hack I will send u the whole section that pertains to u [sic] … Please don’t share or tell anyone I did this … tell me if I f***ed up anything.”

-Podesta was disappointed that the San Bernardino terrorist was a Muslim man – wished he had been white.

-The State Dept colluded with Hillary Campaign and the Associated Press on Sydney Blumenthal emails SD obtained.  SD planned to leak a story on this to a “friendly” reporter at AP in order to “distort” the contents contained in those emails (which were handed over the to the Congressional committee investigating)

-Major voter-fraud exposed as Clinton camp cites then-senator Barack Obama’s 2008 presidential campaign in which he “flooded” the caucuses with “ineligible voters” thus securing his nomination in 2008. Colorado cited in particular. Implies Clinton camp to do the same.

-Podesta upset by New York Times interview with Dem donor Tom Steyer, who contradicted Clinton in the article — Podesta sends irate email to Steyer saying “I didn’t expect to get f*cked by YOU in the NYT”

-Clinton advisor Neera Tanden slammed Hillary to Podesta: “God. Her instincts are suboptimal.” and “The sooner Hillary gets that life is not fair, the better off she will be.”

-After subpoena Podesta suggests withholding emails exchanged between Hillary Clinton and President Obama “Think we should hold emails to and from potus?” Podesta asked in an email. “That’s the heart of his exec privilege. We could get them to ask for that. Three weeks later Camp Clinton used BleachBit to erase more than 33,000 emails, likely including those to and from POTUS discussed herein.

-Roby Mook tried to get Illinois to push forward its primary date to favor Clinton, said the Clinton’s “don’t forget what their friends have done for them”

-Details about Clinton’s involvement and cover-up in the Uranium One deal. During her time as Secretary of State, Clinton approved the sale of roughly 20% of our nation’s uranium production to a Russian-government backed company called Uranium One, which in turn donated millions to the Clinton Foundation. Clinton did not disclose these donations, covering them up instead.

-The Department of Justice colluded with the Clinton campaign on the email investigation likely in order to prepare her.

-Catholics, Evangelicals, Southerners and other demographic groups were disparaged and mocked.

-African Americans and Muslims were disparaged as “losers.”

-Multiple emails reveal mainstream media collusion with the Clinton campaign including from the Washington Post and CNN, among other outlets.

-Clinton staffers discussed which of Hillary Clinton’s emails to release and which not to (i.e. delete).

-Donna Brazile in fact had the exact wording of a proposed CNN town hall question and fed it to the Clinton campaign prior to the event.

-Hillary Campaign planned (and succeeded) to fool Bernie Sanders and his “self-righteous ideologue” supporters at the convention. Podesta and campaign staff planned to “throw [Sanders] a bone” at the convention by falsely vowing to curb the Superdelegate system. This was done to make Sanders and his “bitching” supporters “think they’ve won something.”

-Saudi Arabia and Qatar — both big donors to the Clinton Foundation — are funding ISIS.

-Campaign feared what, exactly, was in Clinton’s emails.
Preferential treatment would be given to “Friends of Bill” following the Haiti earthquake.

-Hillary Clinton called Bernie Sanders supporters a “bucket of losers” in Goldman Sachs speech. She also admitted to having two faces and two sets of policies — one she reveals to the public, the other in private.

-Clinton’s own campaign called her a “mediocre” and “lackluster” candidate.

-Clinton campaign was concerned about Bill Clinton’s sex-life as a liability to the campaign.

-Campaign staff admitted that Clinton often lies and said she should not press Sanders for his medical records during the primaries, insinuating it would open a can of worms for her.

The proof is irrefutable. Mainstream media are engaged in a concerted effort to sway the presidential race and elect Hillary Clinton the next President of the United States. That’s why each and every major outlet is currently attempting to divert attention away from damaging information revealed in hacked emails originating from Clinton campaign chairman John Podesta.

Wikileaks has released several batches — totaling more than 10,000 to date — of Podesta emails and has promised more to come. The Clinton campaign has neither confirmed nor denied their authenticity, though many believe that Clinton herself confirmed the emails’ veracity by addressing one of the claims contained therein during the second presidential debate.

Below are a few snapshots of various email threads from the Podesta leaks. We will add new snapshots regularly, so please check back: 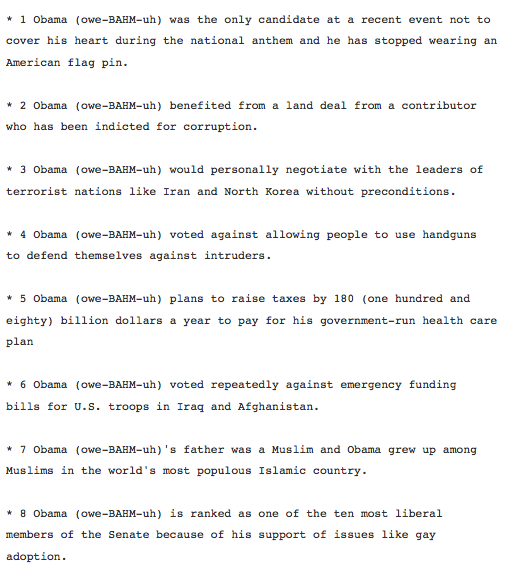 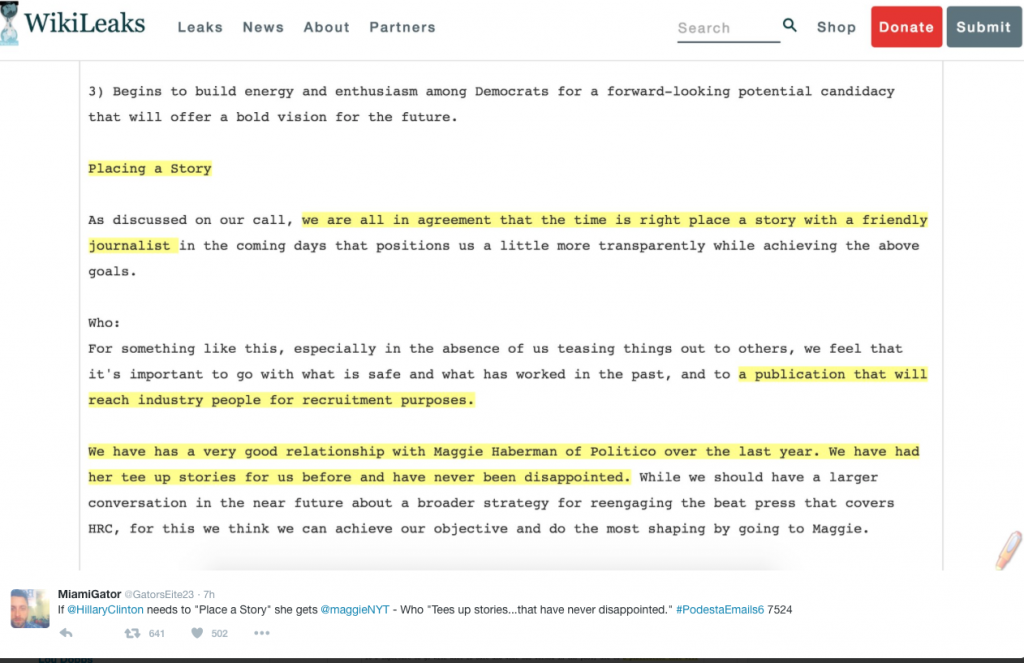 More detailed information is contained in each of these various email threads, particularly concerning media collusion. The link provided above and here to Wikileaks’ John Podesta email page is easily searchable. We will update this post as more revelations emerge.