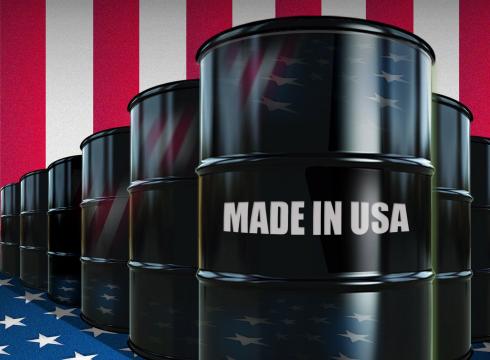 One of President Trump’s first actions was an executive order advancing the construction of the Keystone XL and Dakota Access oil pipelines.

There are now 958 active oil rigs operating in the US today. This is nearly twice as many as the 495 US rigs in operation last year during the Obama presidency.

That means thousands of jobs generated in the energy sector since President Trump came into office.

The number of active oil rigs in the United States rose this week by 2 rigs showing a growth—albeit a slower one—in oil drilling as US players proceed more cautiously than before. Combined, the total oil and gas rig count in the US now stands at 958 rigs, up 495 rigs from last year, with oil rigs in the United States increasing by 2 and gas rigs increasing by 6 this week.

Canada, which added 15 oil and gas rigs the week prior, added another 14 rigs for week this week. Of the 14 new active rigs this week in Canada, 11 were oil rigs. Oil rigs in Canada now stand at 129, up 60 on the year.

Prices had risen to an eight-week high on Thursday, a continued to climb on Friday, with WTI trading up 1.08% at $49.57 at 12:01pm and Brent crude trading up 1.67% at $52.35. Oil prices are on track for the largest weekly gain in 2017 as the momentum from reports that Saudi Arabia, Kuwait, and UAE would cut crude oil exports and a larger than expected inventory draw for crude oil and gasoline.